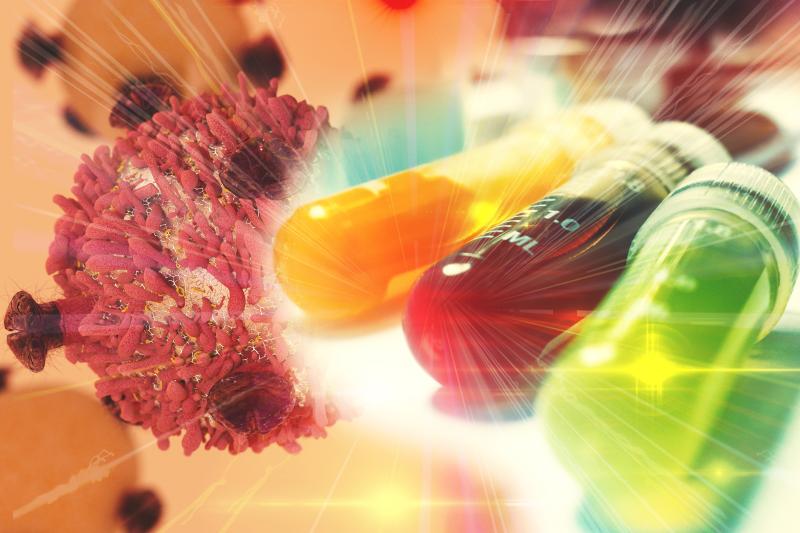 The potent and highly selective RET* inhibitor BLU-667 was well-tolerated and exhibited promising clinical activity among patients with advanced, RET-altered solid cancers that progressed despite multikinase inhibitor therapy, according to data presented at AACR 2018.

“[Our findings have] shown proof-of-concept of this selective RET inhibitor … [which] was designed to specifically target oncogenic RET fusions and activate mutations,” said Dr Vivek Subbiah from the Division of Cancer Medicine at The University of Texas MD Anderson Cancer Center in Houston, Texas, US.

Preclinical findings have demonstrated the antitumour activity of BLU-667 in a variety of RET-driven cancers, Subbiah noted. “[BLU-667] was 100 times more selective for the RET kinase relative to more than 350 human kinases tested, and it potently inhibited gatekeeper mutations shown to confer resistance to multikinase therapies.”

The first-in-human study on BLU-667 was conducted on 43 patients with unresectable, advanced solid cancers. Of these, 26 had RET-mutant medullary thyroid cancer (MTC), 15 had non-small-cell lung cancer (NSCLC) with RET fusion, and two had non-RET cancers. Participants should have previously undergone at least one antineoplastic therapy. BLU-667 doses ranged from 30–400 mg, which was given once daily on a 4-week cycle. [AACR 2018, abstract CT043]

BLU-667 exhibited a broad antitumour activity across multiple RET genotypes at ≥60-mg doses, with radiographic tumour reductions (-2 percent to -70 percent) in 83 percent of RET-altered patients who had at least one post-baseline response assessment.

Best overall response rate (ORR) was 37 percent (95 percent confidence interval, 20–56). Among patients with NSCLC and MTC, the ORRs were 45 percent and 32 percent, respectively.

Overall, despite the immature data, the results – particularly the antitumour activity of BLU-667 in NSCLC and MTC – were deemed promising, according to Subbiah, and may address the high medical need for RET-altered cancer treatment covering multiple tumour types given the lack of approved agents selectively targeting RET.

Furthermore, the currently available regimens are limited to chemotherapy and multikinase inhibitors, which are non-specific and exhibit significant off-target toxicity, he added.

“Precision targeted therapy with RET inhibition can have a powerful impact in patients whose cancer is induced by these oncogenic drivers, even in early clinical trial testing,” said Subbiah. “[Therefore,] all cancer patients [are encouraged] to undergo genomic testing, as tumours with rare genomic aberrations may have effective drugs that are in clinical trials that could be beneficial to them,” he added.

The dose escalation phase of this trial is underway, noted Subbiah, who recommended further investigation on BLU-667 in RET-altered cancers.