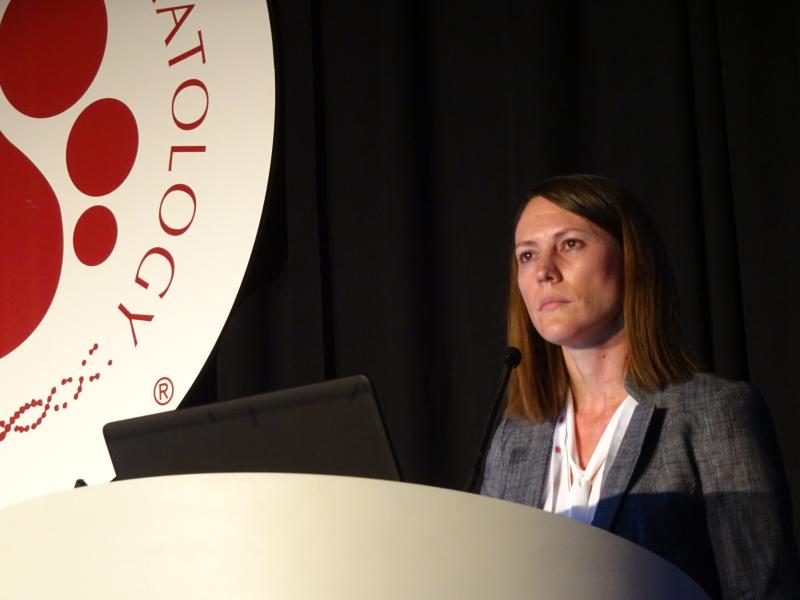 Response-adapted therapy based on PET scan results following the second cycle of standard first-line treatment is found to have limitations in stage III/IV Hodgkin’s lymphoma.

The primary endpoint of 2-year progression-free survival (PFS) rate, analyzed after a median follow-up of 3.3 years and published previously, was 82 percent in the PET2-negative group and 64 percent in the PET2-positive group. Patients in the PET2-positive group had increased short-term toxicity. The investigators suggested that long-term follow-up was needed to confirm the durability of survival advantage and evaluate long-term toxicity. [J Clin Oncol 2016;34:2020-2027]

The 5-year overall survival rate remained high at 94 percent in the overall cohort. Two percent of patients in the PET2-negative group and 8 percent in the PET2-positive group died due to Hodgkin’s lymphoma. Post-therapy grade ≥3 adverse events were uncommon in both groups.

“ABVD has been the standard first-line therapy for stage III/IV Hodgkin’s lymphoma in the US, with a cure rate of approximately 70 percent. eBEACOPP is an alternate therapy with a higher cure rate, but is also associated with higher toxicity,” Stephens explained. “Previously, PET2 response has been shown to predict survival. Therefore, a response-adapted approach may help maximize efficacy and minimize toxicity in first-line treatment of stage III/IV Hodgkin’s lymphoma.”

“Despite historical data suggesting favourable clinical outcomes in PET2-negative patients, nearly 25 percent of these patients in our study experienced relapse, demonstrating limitations of a PET-adapted approach and of standard first-line therapy with ABVD,” she concluded.