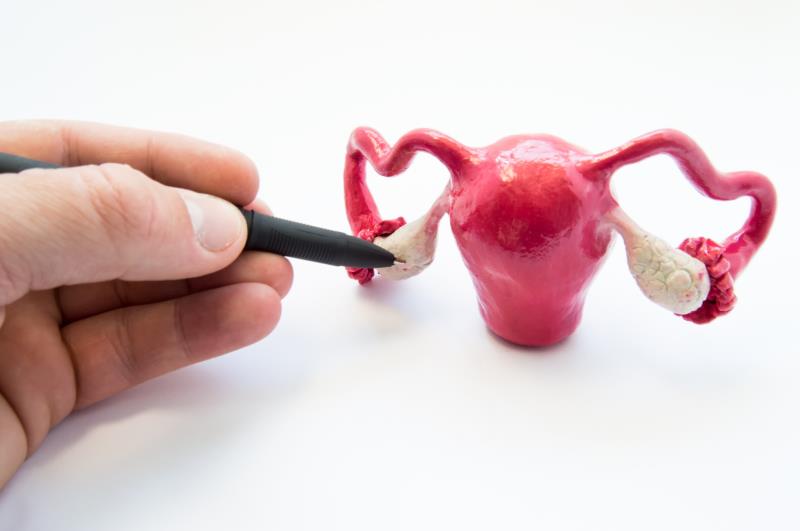 The researchers enrolled 407 patients with recurrent epithelial ovarian cancer who first relapsed following a platinum chemotherapy-free interval of ≥6 months (75 percent had an interval of >12 months). They were randomized 1:1 to receive platinum-based chemotherapy either alone (non-surgery group; median age 62.2 years) or following secondary cytoreductive surgery (surgery group; median age 60.8 years). To be included, the patients needed to have a positive AGO** score (ECOG performance status score of 0, ascites <500 mL, and complete resection at initial surgery).

Among those who underwent secondary cytoreductive surgery, complete resection was achieved in 75.5 percent. These patients appeared to derive the greatest benefit, with a median OS of 61.9 months compared with 27.7 months in patients who did not have complete resection.

The benefits appeared to be consistent regardless of age, International Federation of Gynecology and Obstetrics stage at first diagnosis, tumour histologic subtype, treatment history (including prior maintenance therapy), and platinum-free interval (6–12 months or >12 months).

Quality of life (QoL) was assessed at baseline, 6 months, and 12 months post-randomization using the European Organization for Research and Treatment of Cancer Quality-of-Life Questionnaire (QLQ-C30) and the National Comprehensive Cancer Network Functional Assessment of Cancer Therapy (FACT)–General and FACT–Ovarian and its corresponding FACT–Ovarian Symptom Index.

“[There were no] between-group differences with respect to global health status, QoL, or any functional subscale at baseline, [6 months, or 12 months],” the authors said.

Aside from the benefits of subsequent cytoreductive surgery in relapsed ovarian cancer noted in the trial, the study highlighted the usefulness of the AGO score.

“All patients with a first relapse after a platinum-free interval of at least 6 months may be evaluated to assess whether surgery is an option, and the AGO score may be incorporated into this process,” the authors said.

“Eligible patients could receive counselling about the options for cytoreductive surgery in centres of gynaecologic oncology that have experience in surgery for relapsed ovarian cancer. In contrast, patients who have a high probability of incomplete resection on the basis of disease or clinical characteristics should not be exposed to a potentially harmful surgical treatment,” they continued.

The authors noted that the results do not apply to patients with ovarian cancer who relapse after more lines of treatment or those who receive interval debulking following chemotherapy, both of which are avenues for future research.