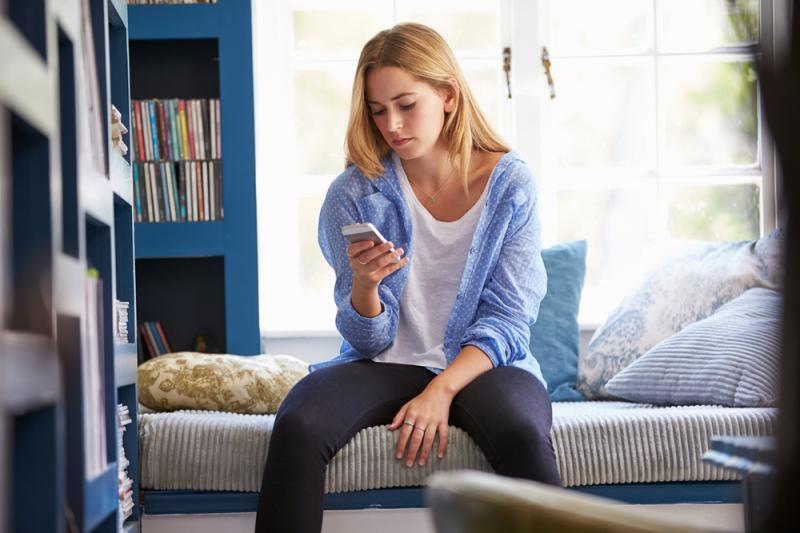 For rheumatoid arthritis (RA) patients initiating a new treatment, contactless monitoring via a smartphone application cuts down on office visits while keeping up tight control of disease activity, which in turn boosts general well-being, as shown in a study.

“The first 6 months following the initiation of disease-modifying antirheumatic drug (DMARD) treatment are critical to better control disease activity and thus adhere to the ‘treat-to-target’ (T2T) recommendations” in major guidelines, according to the investigators.

Both the American College of Rheumatology (ACR) and European League Against Rheumatism (EULAR) recommend an intensive T2T strategy that involves mandatory regular monitoring of disease activity in order to adjust treatment, prevent impairment in physical function, and improve the quality of life. [Ann Rheum Dis 2017;76:960-977]

In the 6-month study, patients who underwent connected monitoring had similar clinical outcomes as those who went through a conventional monitoring despite the lower number of intermediate physical visits among the former (0.42 vs 1.93; p<0.05), the investigators noted. [Rheumatology 2020;doi:10.1093/rheumatology/keaa462]

A total of 89 adult RA patients completed the intervention: 44 in the conventional monitoring arm (control) and 45 in the connected monitoring arm. Only two patients in the latter whereas 38 of those in the former had made at least two physical office visits over 6 months (4.4 percent vs 86.4 percent; p<0.01).

Disease activity score in 28 joints (DAS28) and Routine Assessment of Patient Index Data 3 (RAPID3) scores dropped from baseline, with no significant difference between the two arms. Likewise, the proportion of patients in remission and low-disease activity was similar, although slightly higher among conventionally monitored patients (46.5 percent vs 36.4 percent and 62.8 percent vs 59.1 percent, respectively).

“Regarding general health status, we found significant improvements in several domains after 6 months in the connected monitoring group. These patients reported a better quality of life, in particular for the role limitations due to physical health and emotional problems scores,” according to the investigators.

The connected monitoring intervention involved the use of the ‘SATIE-PR’ application installed on a smartphone provided to patients dedicated exclusively to the study. The app was connected to a physician’s interface to monitor RA patients. It also included a dynamometer to assess handgrip strength.

“We … found good adherence and a very high satisfaction rate for patients in the connected monitoring group,” the investigators said.

“This is the first time that a connected monitoring app has shown a positive effect on quality of life for RA. Moreover, the slight tendency to a reduction in disability is also very encouraging,” the investigators said.

They emphasized that the reductions in the number of physical consultations and, in turn, the number of trips to the hospital “could generate a medico-economic benefit that needs to be further investigated.”

One downside was that contactless monitoring via an app prompted a “patient’s need for reassurance related to the lack of usual face-to-face medical visits.” This was reflected in the compensatory increase in the number of phone-call consultations.

Nevertheless, the intervention facilitated identification of patients for whom disease control was not satisfactory, the investigators said.

“It, therefore, would seem that eHealth follow-up ensures physical visits are dedicated to more severe or complex patients,” they added.