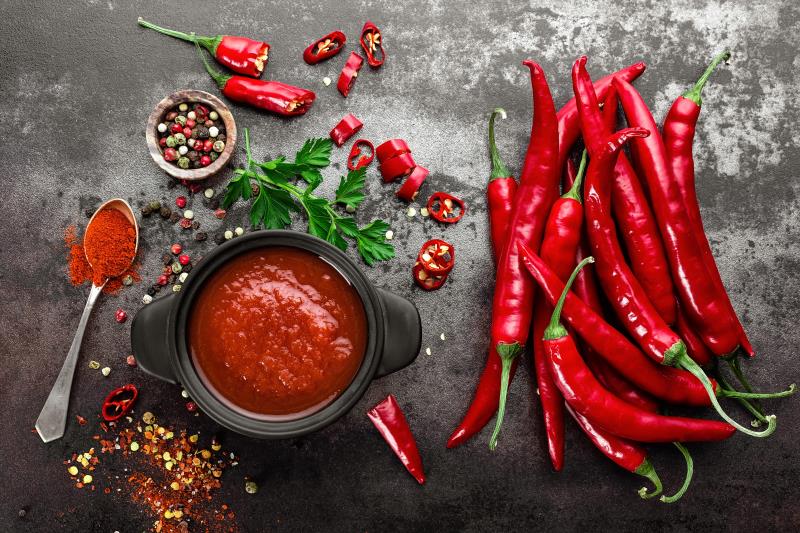 Regular consumption of chilli peppers may be associated with a reduced risk of mortality, including a 34 percent reduction in cardiovascular disease (CVD)-related deaths, according to a study from Italy.

Study participants were 22,811 Italian adults (age ≥35 years) enrolled in the prospective Moli-sani Study between 2005 and 2010. Researchers used the European Prospective Investigation Into Cancer (EPIC) food frequency questionnaire to identify intake of chilli in the year prior to study enrolment which was then categorized as never/rare, ≤2 times/week, >2 to ≤4 times/week, and >4 times/week. Participants were followed up for a median 8.2 years during which time 1,236 deaths occurred, most often due to cancer (n=482) or CVD (n=444).

There did not appear to be a dose-response relationship between chilli intake and reduced mortality. “[This suggests] that the actual advantage in terms of survival improvement is likely attributable to the fact of consuming chillies rather than not consuming them,” the researchers said. Additionally, the higher BMI noted among individuals with regular chilli consumption suggests that the association between chilli intake and reduced mortality is unrelated to the weight loss properties of chillies.

“An interesting fact is that protection from mortality risk was independent of the type of diet people followed,” said study first author Dr Marialaura Bonaccio from the Department of Epidemiology and Prevention, IRCCS Neuromed, Via dell’Elettronica, Pozzilli, Italy. “In other words, someone can follow the healthy Mediterranean diet, someone else can eat less healthily, but for all of them chilli pepper has a protective effect,” she noted.

“[This supports] the notion that minor dietary changes, such as adding chillies to usual diet, could be valuable measures for improving health, especially CV health, independent of overall diet quality,” the researchers added, calling for further research into the potential biological mechanisms behind the association.