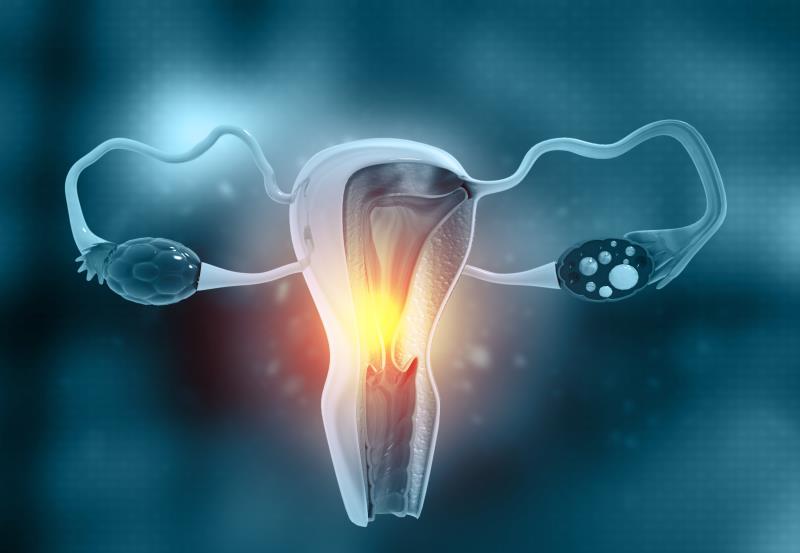 The combination of relugolix 40 mg plus oestradiol 1 mg and norethindrone acetate 0.5 mg (relugolix-CT) continued to reduce dysmenorrhoea and non-menstrual pelvic pain (NMPP) through 52 weeks in premenopausal women with endometriosis, according to the SPIRIT extension* study presented at ESHRE 2021.

This study involved 802 premenopausal women (mean age 34 years) with moderate-to-severe endometriosis-associated pain who completed the 24-week SPIRIT 1 and 2 trials. They subsequently received relugolix-CT for an additional 80 weeks in the extension phase. Outcomes were analysed according to their baseline treatment assignment: once-daily relugolix-CT (n=277), delayed relugolix-CT (relugolix 40 mg alone for 12 weeks, followed by relugolix-CT for 12 weeks; n=247), or placebo (n=275). All women in the delayed relugolix-CT and placebo groups were transitioned to receive relugolix-CT. All pain data were collected from the patients’ daily e-diary. NRS** and EHP-30*** scores were used to assess pain intensity. [ESHRE 2021, abstract O-132]

Of the 681 participants who completed the extension study, 84.8 percent and 73.3 percent achieved sustained reductions in pain scores for dysmenorrhoea and NMPP, respectively, with continuous relugolix-CT.

“The decrease in the NRS pain score was comparable to other treatment groups by week 40 and was sustained through week 52,” said lead author Dr Sawsan As-Sanie from the Department of Obstetrics and Gynecology at the University of Michigan in Ann Arbor, Michigan, US.

In addition, relugolix-CT-treated patients had an improvement in daily functioning, as shown by EHP-30 pain domain score of -38.1-point at week 52.

Headache, nasopharyngitis, and hot flushes were the most commonly reported adverse events (AEs) across all treatment groups, with only few serious AEs (2.9 percent, 4.9 percent, and 2.2 percent) and few led to study discontinuation (4.7 percent, 7.3 percent, and 5.8 percent) for the relugolix-CT, delayed relugolix-CT, and placebo-relugolix-CT groups, respectively.

“There was no disproportionate increase in the incidence of AEs in the relugolix-CT group with no new safety signals were identified through 52 weeks,” said As-Sanie.

Bone mineral density (BMD) at the lumbar spine was preserved at week 52 in the relugolix-CT group (LS mean change from baseline, -0.83 percent). This was because the “relugolix-CT, [an oral gonadotropin-releasing hormone receptor antagonist], was designed to mitigate BMD loss,” As-Sanie pointed out.

Other than the sustained reduction in dysmenorrhoea, NMPP, and dyspareunia, there was also a reduction in pain-related functional limitations through 52 weeks, said As-Sanie.

“Additionally, relugolix-CT was generally well tolerated, reduced the need for analgesics and opioids, and it was associated with minimal BMD loss over 52 weeks,” she added.