Reducing risks and improving long-term outcomes in patients with CHB 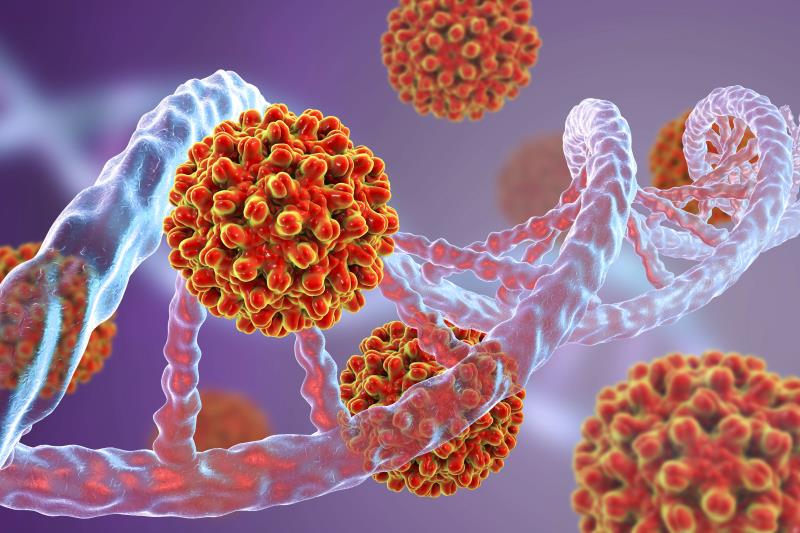 Chronic hepatitis B (CHB) remains a major public health concern because of its worldwide distribution and potential adverse sequelae, including cirrhosis and hepatocellular carcinoma (HCC). At a recent symposium held during the GIHep Singapore 2019, Professor Vincent Wong from the Chinese University of Hong Kong and Professor Ray Kim from the Stanford University School of Medicine, Stanford, California, US, discussed antiviral treatments for CHB, with a focus on the novel agent tenofovir alafenamide (Vemlidy®). Dr Tan Poh Seng from the National University Hospital, Singapore, chaired the symposium.

In 2015, an estimated 257 million people were infected with the hepatitis B virus (HBV) globally. The Asia-Pacific region bears 60 percent of this global burden, with an estimated 154 million people infected, said Tan. [Lancet Gastroenterol Hepatol 2018;3:383-403] Despite the high prevalence, access to timely diagnosis and treatment is limited, leading to a high mortality rate from HBV complications, he added.

For patients who have already been infected with HBV, the use of nucleos(t)ide analogues (NAs), currently one of the first-line treatments for CHB, has improved survival and reduced the risk of long-term complications from viral replication, he added. NAs can effectively suppress viral replication but are associated with a low rate of HBsAg seroclearance and a high risk of virological relapse after discontinuation. For these reasons, long-term treatment is needed.

“Overall, the widespread use of antiviral treatments against HBV markedly reduced liver disease mortality and increased the life expectancy of these patients, and the patients might have a longer time to develop liver cancer,” he added.

Further evidence from the Korean Nationwide Cohort Study of adult patients with CHB showed that treatment with TDF was associated with a significantly lower risk of HCC compared with ETV treatment (Figure 1). TDF use was also associated with a higher rate of surrogate endpoints (virologic response and ALT normalization at 1 year) in the hospital validation cohort. [JAMA Oncol 2019;5:30-36]

“A possible mechanism for these differences in HCC risk may be the variable induction of interferon-lambda (IFN-λ) expression by different NAs. TDF, but not ETV, induces IFN-λ3 expression. IFN-λ has been shown to inhibit the replication of HBV and induces cytokines downstream, which contribute to inhibition of viral mRNA translation, as well as RNA degradation, and synthesis in cell lines,” said Wong. “An additional mechanism may be that ALT normalization during treatment is associated with lower risk of HCC and cirrhotic complications, and more patients on TDF achieved ALT normalization than those on ETV in the Korean study.”

How to reduce risks in elderly CHB patients with comorbidities
The HBV population in Asia-Pacific is ageing; elderly patients have an increased risk for comorbidities. “This poses a challenge to treatment,” said Kim. “Thus, when considering treatments, the potential for drug-drug interactions and side effects should be considered.”

In general, NAs are well-tolerated for CHB treatment, with a few adverse events. However, as NAs are often given for an indefinite duration, there are concerns regarding their long-term safety, particularly when treating older patients with comorbidities, said Kim.

“One concern is that of renal safety. Ageing brings about a natural decline in renal function, hence elderly patients are expected to have lower estimated glomerular filtration rate (eGFR). The presence of comorbidities such as diabetes and hypertension may also impact renal function,” he said. A longitudinal cohort study of Stanford HBV patients showed that those treated with NAs experienced more rapid loss of eGFR vs the untreated cohort, with eGFR loss of 1.81, 2.21, and 2.63 units per year for ETV, TDF, and ADV, respectively. [Aliment Pharmacol Ther 2018;48:1282-1289] To mitigate this risk, dose adjustments of ETV and TDF are required in patients with renal impairment, he said.

TAF as effective as TDF, with better bone & renal effects
Tenofovir alafenamide (TAF) was designed to provide liver-targeted antiviral therapy in patients with CHB virus infection while reducing the bone and renal toxic effects associated with TDF by reducing systemic exposure to tenofovir.

“Growing evidence has demonstrated that TAF has comparable efficacy with TDF. After 3 years of treatment, high and similar rates of virologic suppression were achieved and maintained with TAF compared with TDF treatment (Figure 2),” Kim said.

“Moreover, continued improvements in renal and bone safety were observed in patients receiving TAF relative to those on TDF,” said Kim. Treatment with TAF improved renal parameters vs treatment with TDF over 3 years (Figure 3). [AASLD 2018, poster 381] The clinical implication is that TAF does not require dose adjustment for patients with eGFR >15 or on dialysis, he added. Decline in hip and spine BMD was also significantly lower in patients treated with TAF vs those on TDF over 3 years (Figure 4). [AASLD 2018, poster 381]

“Another interesting benefit of TAF over TDF was that there was a significantly higher proportion of CHB patients who achieved ALT normalization with TAF compared with TDF,” said Kim. [AASLD 2018, poster 381] “Importantly, on-treatment ALT normalization has been associated with a lower risk of hepatic events in patients with CHB receiving NAs,” he added. [J Hepatol 2018;69:793-802]

“In a study reported recently, patients who had been treated on TDF for at least a year were randomized to be switched to TAF vs to continue on TDF.  The main result was that switching to TAF from TDF was noninferior to continuing TDF at week 48, whereas there were significant improvements in renal and bone parameters,” Kim said. “The study also showed that switching to TAF was also associated with normalization of ALT at week 48.” [EASL 2019, FRI-183]

Kim also pointed to a report paper in which liver transplant recipients were switched from a TDF-based regimen to TAF. In those patients, where preserving renal function in terms of serum creatinine and liver function in terms of serum ALT is of paramount importance, switching to TAF resulted in lower creatinine and ALT. [Clin Gastroenterol Hepatol 2019;doi:10.1016/j. cgh.2019.05.057]

Key takeaways
The Asian-Pacific population has a high burden of complications due to CHB. TDF is one of the first-line therapies for CHB but should be used with caution in some patients with comorbidities. TAF, a nucleotide reverse transcriptase inhibitor and a prodrug of tenofovir, is a valuable option in the growing treatment armamentarium for CHB. TAF has similar efficacy to TDF, with more favourable effects on markers of kidney and bone function. These improvements in osteo-renal safety profile are particularly relevant for older patients or those with pre-existing renal insufficiency or osteopenia/osteoporosis. The improved safety profile of TAF also makes it suitable for liver transplant recipients, where preservation of liver and renal function is vital.