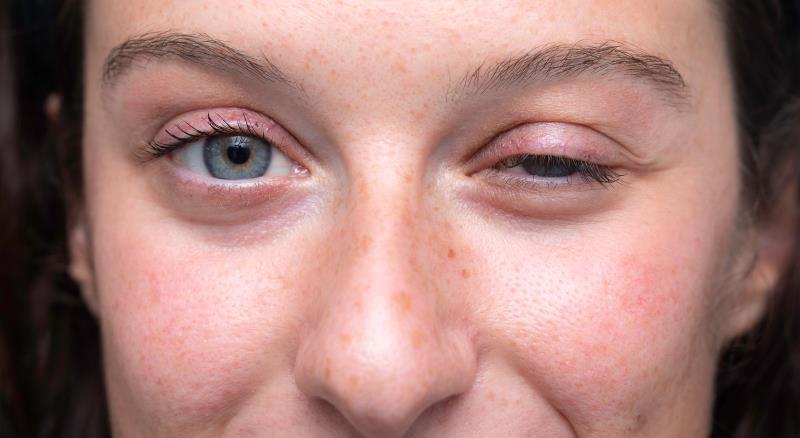 Treatment with ravulizumab leads to rapid and sustained reductions in myasthenia gravis (MG) symptoms, according to the CHAMPION study presented at AAN 2022.

Ravulizumab is a potent inhibitor of the C5 terminal protein in the complement activation pathway. Unlike another C5 inhibitor enculizumab, which has been approved for MG, ravulizumab has a long half-life — thus allowing a maintenance dosing interval of 8 weeks.

“Ravulizumab is a convenient treatment option,” said lead author Dr Tuan Vu from the University of South Florida in Tampa, Florida, US.

In the phase III, double-blind, multicentre study, 175 adults (mean age 57 years) with anti-acetylcholine receptor antibody-positive (AChR Ab+) generalized MG (gMG; Myasthenia Gravis Foundation of America Class II to IV) were randomized to receive intravenous ravulizumab infusion or placebo in a 1:1 ratio for 26 weeks. Patients in the ravulizumab group received 3,000–3,600 mg of ravulizumab infusions every 8 weeks, starting on day 15 after an initial weight-based loading dose of 2,400–3,000 mg on day 1. All patients had Myasthenia Gravis-Activities of Daily Living (MG-ADL) score of ≥6 at baseline, which is a patient-reported measure of symptom and functional status.

After 26 weeks, ravulizumab-treated patients saw significant improvements in the primary outcome of MG-ADL total score compared with the placebo group (-3.1 vs -1.4; p<0.001).

The secondary outcome of disease severity, as indicated by Quantitative Myasthenia Gravis (QMG) total score, also improved significantly more from baseline in the ravulizumab group than the placebo group (-2.8 vs -0.8;  p<0.001).

Importantly, the clinical benefits were seen early when the treatment started and were sustained throughout the treatment course. “Improvements in MG-ADL and QMG scores were observed within 1 week, with maintenance of benefit through week 26,” Vu reported.

Adverse events (AEs) in the ravulizumab group were as expected for C5 inhibitor, based on experience with eculizumab, and there were no notable differences between the two treatment groups.

To assess the long-term efficacy and safety of ravulizumab in these patients, an open-label extension (OLE) study was performed, which involved 161 patients who had completed the double-blind randomized phase of CHAMPION. All participants in the OLE phase received ravulizumab for up to 4 years, regardless of whether they were assigned ravulizumab or placebo in the double-blind phase. Data from 79 of these patients (available as off cutoff date) were included in an interim analysis, also presented in AAN 2022.

Overall, improvements seen in the double-blind phase persisted in the OLE phase as well.

Among patients who continued treatment with ravulizumab in the OLE, improvements in MG-ADL score were sustained through week 52 (least squares [LS] mean change from OLE baseline, -4.2; p<0.0001).

Patients originally assigned to placebo in the double-blind phase who switched to ravulizumab in the OLE saw rapid improvement in MG-ADL score which continued through 26 weeks of active treatment (LS mean change from OLE baseline, -2.4; p<0.01).

“Ravulizumab was well tolerated; [with] no cases of meningococcal infection reported,” said Vu.