Rare and life-threatening: How to recognize and treat acquired haemophilia A 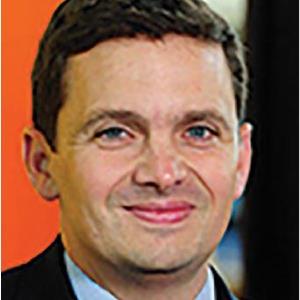 Due to its rarity, acquired haemophilia A (AHA) is a frequently misdiagnosed bleeding disorder with potentially fatal outcome. In a webinar organized by Hong Kong Society of Haematology, Dr Dan Hart of Royal London Hospital Haemophilia Centre, UK, shared his experience and practical recommendations on correctly diagnosing and treating patients with AHA.

AHA may manifest through excessive bleeding following trauma or surgery or as cerebral bleeding, and is therefore considered a severe bleeding disorder, which requires haemostatic and transfusion treatment in 70–90 percent of patients and is fatal in 5–10 percent of cases. [Blood Transfus 2015;13:498-513; Semin Thromb Hemost 2012;38:433-446]

AHA mostly affects the elderly. In the two largest available cohorts, the 2-year national surveillance study by the UK Haemophilia Centre Doctors’ Association and the European Acquired Haemophilia Registry (EACH2), patients’ median age at diagnosis was 78 and 74 years, respectively, with >80 percent of reported patients being ≥65 years old. [Blood 2007;109:1870-1877; J Thromb Haemost 2012;10:622-631] “The elderly are at risk of thrombotic events, and the clinical picture is often influenced by comorbidities,” noted Hart.

Peri- and postpartum women (median age in EACH2 registry, 33.9 years), who develop autoantibodies against FVIII during pregnancy, represent another group most frequently affected by AHA and account for approximately 10 percent of all cases. Bleeding has been reported in some neonates born to AHA mothers, suggesting transplacental transfer of neutralizing antibodies. [J Thromb Haemost 2012;10:622-631; BJOG 2012;119:1529-1537]

“Notably, AHA has a bleeding pattern that is distinct from congenital haemophilia,” highlighted Hart.” AHA patients typically present with widespread subcutaneous bleeds [seen in 80 percent of cases] and other soft tissue and mucosal bleeding such as muscle haematoma, and urinogenital tract bleeding [including postpartum]. Limb-threatening compartment syndromes associated with neurovascular injury can also occur. Bleeds in AHA are usually spontaneous and their severity does not correlate with FVIII level.” [Hematology 2017;22;514-520]

Diagnosis: Guidelines and practical advice
Due to its rarity, delays in AHA diagnosis are common in spite of abnormal coagulation test results, significantly impacting treatment initiation in a third of patients, according to EACH2 registry findings. [J Thromb Haemost 2012;10:622-631]

The 2020 international recommendations based on recent registry findings and authors’ clinical experience state that AHA diagnosis should be considered whenever an acute or recent-onset bleeding is accompanied by unexplained prolonged activated partial thromboplastin time (APTT). In EACH2, approximately 10 percent of patients were diagnosed on the basis of prolonged APTT alone, and 7 percent of patients experienced no bleeding at all. [J Thromb Haemost 2012;10:622- 631] AHA diagnosis is further confirmed in case of reduced FVIII activity (FVIII:C), and if neutralizing autoantibodies are detected by the Bethesda assay. (Figure) [Haematologica 2020;105:1791-1801; Blood 2015;125:1091-1097]

“However, the complex, nonlinear kinetics makes estimation of Bethesda titre difficult. The dilution that most closely inhibits FVIII:C by half is likely to be correct. Nevertheless, initial FVIII inhibitor levels should not affect first-line management,” said Hart. The 2020 consensus guidance recommends initiation of haemostatic treatment in patients with AHA and clinically relevant bleeding irrespective of inhibitor titre and residual FVIII:C. [Haematologica 2020;105:1791-1801]

“FVIII:C is time- and temperature-dependent. An immediate mix may conceal the presence of FVIII inhibitors, while appropriate incubation should reveal them,” continued Hart. “Similarly, abnormal clotting tests can correct with immediate plasma 1:1 mix, so incubating the mixture is key. In addition, in cases where all of the intrinsic factors appear at low levels, dilution may correct the non-specifically reduced factors.” [Sci Rep2014;4:3868]

Results from the EACH2 registry indicate that bleeding control in AHA patients is similar between rFVIIa (n=174) and APCC (n=63) (93.0 percent for both; p=1). Thrombotic events were reported in 2.9 percent of patients treated with rFVIIa and in 4.8 percent of patients treated with APCC. [Blood 2012;120:39-46] “In an emergency, the best bypass agent is the one available at your hospital,” stressed Hart.

“Dosing decisions are easy in case of major bleeds, which require maximum dosing, but are more difficult in minor to moderate cases,” said Hart. “rFVIIa tends to be administered at the maximum dose throughout the course of treatment, while APCC enables intermediate dosing, such as 50 U/mL every 8 or 12 hours.”

To normalize haemostatic function and eliminate the risk of repeated haemorrhage, immunosuppressive therapy (IST) is needed alongside haemostatic treatment upon confirmation of AHA diagnosis. [J Immunol Res 2014;2014:320674] The 2020 international recommendations advise using IST in all AHA patients, but state that particular caution should be exercised in frail patients. [Haematologica 2020;105:1791-1801]

“To ensure optimal AHA management, proactive communication is necessary between a multidisciplinary team of healthcare professionals. The patient should be examined by a haematologist who can advise other involved specialists on how to avoid iatrogenic bleeding through eliminating invasive procedures, including intramuscular injections, unless absolutely necessary, encouraging conservative approach wherever possible, and stressing the need for mobilization supervision so as to prevent falls,” concluded Hart.