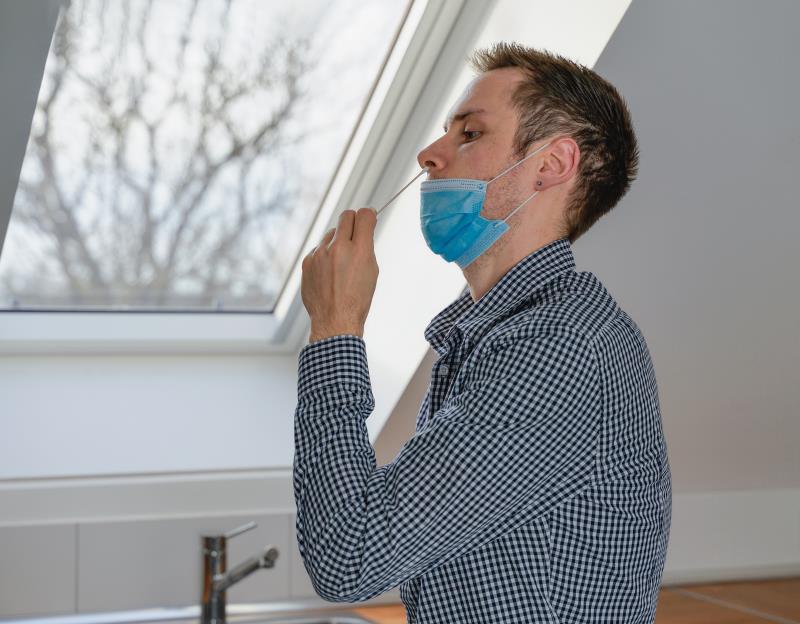 While rapid antigen test is less sensitive than conventional nucleic acid amplification test (NAAT) such as RT-PCR* in detecting SARS-CoV-2 virus, “a test does not have to be perfect to be clinically useful,” said Professor Angela Caliendo during a session in IDWeek 2021 — echoing the maxim that perfect should not be the enemy of good in the pandemic era.

“Rapid isothermal NAAT or antigen test are acceptable testing options when rapid RT-PCR or standard laboratory-based NAAT are not readily available, or results will be delayed beyond 2–3 days,” said Caliendo, a leading expert in diagnostics from the Warren Alpert Medical School of Brown University in Providence, Rhode Island, US.

“You can certainly use these test if there is an issue with availability of [conventional] NAAT, or NAAT turnaround time is going to be too slow to be clinically meaningful,” she stated.

As she explained, sensitivity of antigen testing is equivalent in both symptomatic adults and children, regardless of whether the results were read using an instrument or manually, or it was done through direct testing or with a transport media involved.

“For optimal performance, antigen tests should be used within 7 days of symptom onset,” Caliendo stressed.

“If clinical suspicion for COVID-19 remains high, negative antigen results should be confirmed by a standard NAAT,” she added.

Being highlighted was a prospective study comparing the BinaxNOW antigen test to RT-PCR and viral culture on 532 paired specimens obtained from 234 residents and staff in a nursing home. During early infection, the positive percent agreement (PPA) of the BinaxNOW antigen test hit as high as 86 percent and 95 percent, compared with RT-PCR and virus culture, respectively. However, the antigen test performance declined when used in late infection, with a PPA of 51 percent and no recovered virus, respectively. [Ann Intern Med 2021;174:945-951]

“Early and frequent antigen testing during an outbreak can effectively identify infectious people with the greatest potential to transmit the virus — [which] allows for rapid isolation and cohorting,” Caliendo pointed out.

BinaxNOW antigen test is the sister test to Panbio Rapid Antigen Test that is focused on the US market, while the latter is authorized for use in the European market but not in the US. Both used the same biologics but come in different formats: BinaxNow as a card while Panbio is a small cassette.

The role of rapid antigen testing to supplement RT-PCR to detect COVID-19 outbreak in a workplace was further elucidated in a study on 342 horse racetrack workers (median age 52 years). [IDWeek 2021, abstract P366]

Citing a longitudinal study comparing the diagnostic performance of RT-PCR, antigen testing, and viral cultures in 43 adults, Caliendo noted that the sensitivity of antigen test increased with serial testing for multiple times per week, using RT-PCR as a reference. [J Infect Dis 2021;224:976-982]

“If you test every day for a period of 14 days, all three tests will ultimately detect those who are infectious. Results from testing every other day or every three days [are still] reliable. After that, the sensitivity of antigen testing starts to drop off [with longer intervals between tests],” explained Caliendo, as she walked through the findings.

“It appears that if you test frequently with a less sensitive test, you are actually going to get a reasonable ability to identify the people who are culture positive,” she summed up.