Ranibizumab vs aflibercept: No significant difference in 3-year nAMD outcomes 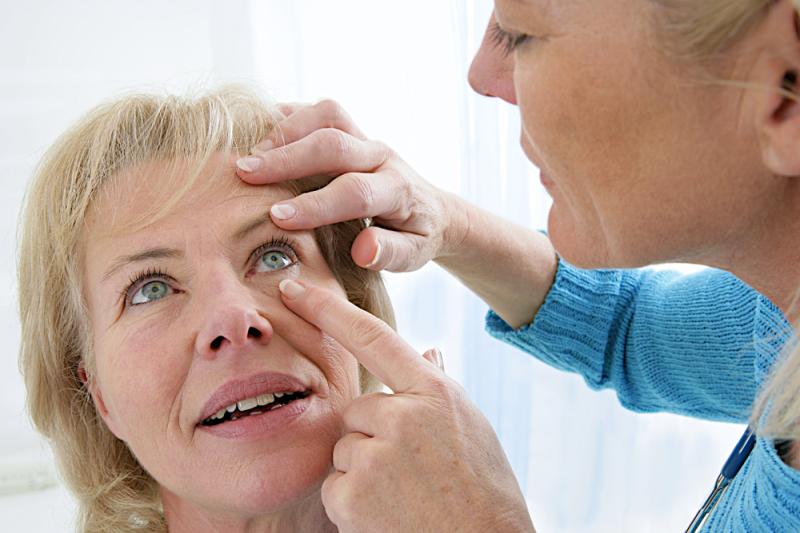 When choosing between ranibizumab and aflibercept for treating neovascular age-related macular degeneration (nAMD), neither drug bests the other in terms of visual acuity (VA) outcomes and treatment frequency at 3 years, according to data from the Fight Retinal Blindness! Registry.

In light of the results, the investigators noted that “other issues, such as cost, convenience and availability, may be more useful to guide a patient’s and physician’s choice of drug rather than the relative efficacy of the currently available drugs.”

The retrospective analysis involved 965 treatment-naïve eyes of 897 nAMD patients who had initiated either ranibizumab (499 eyes [469 patients]) or aflibercept (466 eyes [432 patients]). There were no significant between-group differences in terms of mean VA and the type of the choroidal neovascularization (CNV) at the start of treatment, but ranibizumab-treated patients were more likely to be female (66 percent vs 57 percent; p<0.001) and older (mean, 82 vs 79 years; p<0.001).

Both treatment groups received a median of 18 injections over a median of 21 clinical visits. Likewise, the adjusted number of clinical visits in the presence of active CNV over 3 years did not significantly differ between ranibizumab and aflibercept (43 percent vs 51 percent; p=0.9).

“Clinicians switch treatment from one vascular endothelial growth factor (VEGF) inhibitor to another hoping for a better outcome. We found more switches from ranibizumab, the older agent, to aflibercept than vice versa (p<0.001),” the investigators said.

“Eyes that switched treatment in the ranibizumab group showed significantly lower mean VA at baseline than those in the aflibercept group. However, the mean change in VA from baseline to the switch was similar in the two groups, as was the median number of injections,” they pointed out, adding that this finding supports previous observational studies that have reported no significant benefit to switching to aflibercept as opposed to continuing on ranibizumab. [Ophthalmol Retina 2019;3:8-15.e1; Br J Ophthalmol 2016;100:1640–1645]

Finally, the number of eyes that did not complete 3 years of treatment in each of the group was comparable (p=0.21).

The study was limited by the fact that treatment decisions in routine clinical practice, in contrast to clinical trials, were made without adjudication from a reading centre or guidance by study protocols. In addition, the selection of cases and treatment regimen differed among physicians, the investigators said.

The current data did not provide reasons for the choice of a particular VEGF inhibitor for each eye and treatment switch, they added.