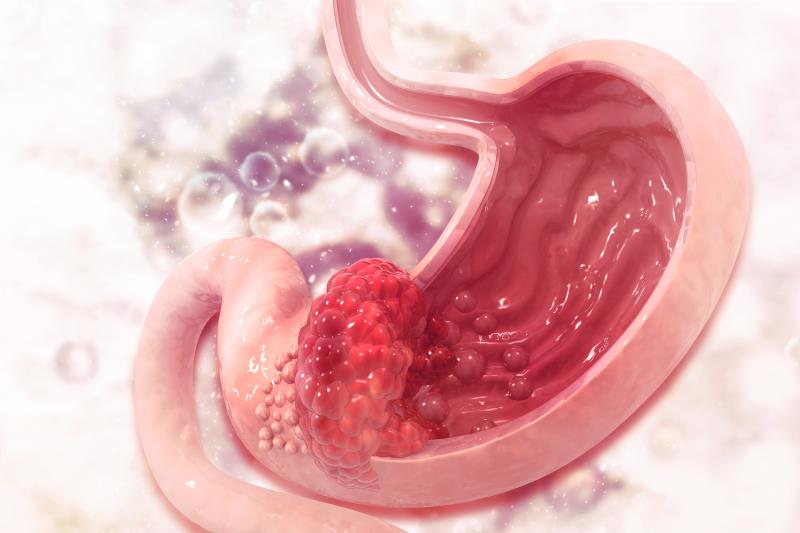 Adding the VEGFR*-2 antagonist ramucirumab to paclitaxel extends survival of patients with advanced gastric/GEJ** adenocarcinoma compared with paclitaxel alone, regardless of liver metastasis status, according to a post hoc analysis of the RAINBOW*** trial presented at the ESMO GI 2021 Congress.

“Liver metastasis is one of the most common distant metastases in metastatic gastric cancer [mGC], and reported in nearly half of patients with mGC,” said the researchers. “Development of liver metastasis remains a major cause of high mortality [in these patients].”

In the current post hoc analysis, patients were stratified according to whether they had liver metastasis (LM+) or not (LM-). In general, the LM+ subgroup were also more likely to have incident metastatic disease, with ≥3 metastatic sites, and measureable, intestinal subtype at baseline. [ESMO GI 2021, abstract P-28]

The researchers also analysed if baseline biomarkers such as VEGF-C, D and VEGFR-1, 2 were predictive of treatment outcome, but did not find any significant interactions.

“In this exploratory analysis, the presence of liver metastasis was a negative prognostic factor, and ramucirumab + paclitaxel demonstrated benefits for patients with gastric/GEJ adenocarcinoma irrespective of liver metastasis status, [but the benefits were more pronounced in those who were LM-,” said the researchers.

In terms of objective response rate (ORR), better rates were seen with the combination treatment vs paclitaxel alone, again, regardless of whether the patients were LM+ (38.0 percent vs 23.9 percent) or LM- (19.4 percent vs 10.7 percent).

Among the patients treated with the combination therapy, ORR appeared better for the LM+ subgroup than the LM- subgroup (38.0 percent vs 19.4 percent), although the duration of complete response was similar between the two subgroups (79.3 percent vs 80.6 percent).

“No new safety signals were observed,” reported the researchers. “Treatment-emergent adverse events were generally well balanced between patients with and without liver metastasis.”

“These results indicate ramucirumab + paclitaxel is a viable therapeutic option for patients with gastric/GEJ adenocarcinoma and liver metastasis,” the researchers concluded.