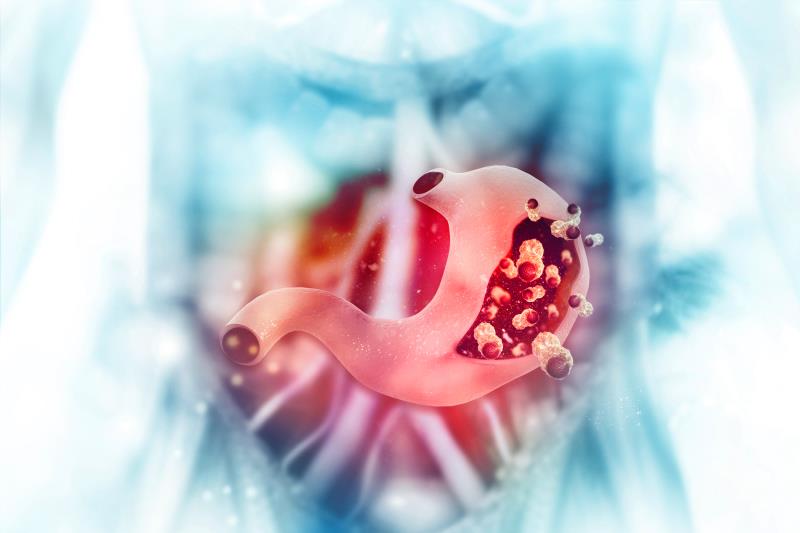 The addition of the human immunoglobulin G1 monoclonal antibody ramucirumab to paclitaxel led to a significant progression-free survival (PFS) benefit in a subgroup of patients with advanced gastric or gastroesophageal junction (GEJ) adenocarcinoma who have failed standard first-line chemotherapy with platinum and fluoropyrimidine (with or without anthracycline), according to the findings of the RAINBOW-Asia study, a bridging study of the RAINBOW trial, presented at ASCO GI 2021.

“The ramucirumab-paclitaxel combination as second-line therapy demonstrated a statistically significant PFS benefit and an overall survival (OS) benefit that was consistent with [the primary analysis of] RAINBOW … in a predominantly Chinese population with advanced gastric and GEJ cancer,” said the researchers.

Given the significant OS benefit observed in the primary analysis of the global phase III RAINBOW trial, this combination regimen has been approved as second-line therapy in this disease setting in around 80 countries outside China, noted the researchers.

The percentage of participants having partial response was numerically greater in the ramucirumab vs the placebo arm (26 percent vs 20 percent), as was the objective response rate (26 percent vs 22 percent).

“[These findings,] in combination with the [primary] results … support the efficacy of ramucirumab-paclitaxel in advanced gastric and GEJ adenocarcinoma,” said the researchers.

“Ramucirumab-paclitaxel was well-tolerated in this population, with no new safety signals observed. The safety profile of ramucirumab was consistent with previous studies,” they added.

Collectively, the efficacy and safety findings herein align with those observed in the primary RAINBOW analysis, thus reinforcing the benefit of the ramucirumab-paclitaxel combination regimen in this patient setting, they noted.