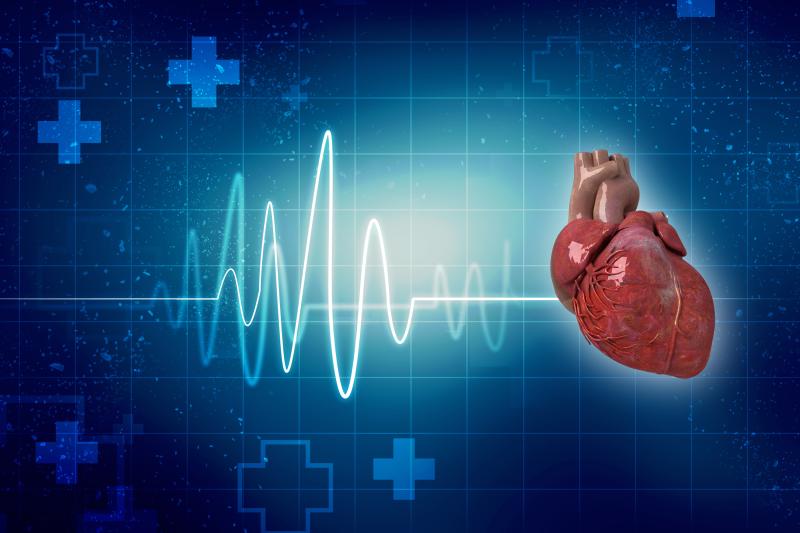 Patients who have recently experienced atrial fibrillation (AF) could benefit from treatment with upfront rate-control medication rather than undergoing immediate cardioversion to restore sinus rhythm, according to The Netherlands-based RACE 7 ACWAS* trial.

A total of 437 adults (mean age 65 years, 40 percent female, 44 percent with first episode of AF) presenting at the emergency department (ED) with recent (<36 hours), haemodynamically stable, symptomatic AF were, after receiving antithrombotic treatment, randomized to undergo early pharmacologic or electrical cardioversion (n=219) or delayed cardioversion where patients were initially treated with rate-control medication and cardioversion only carried out if AF did not resolve within 48 hours (n=218). An outpatient visit was scheduled for the day following the initial presentation, during which time the patient was scheduled to undergo delayed cardioversion if AF was still present.

Of the 335 patients with telemetric ECG recordings, AF recurrence within the 4-week follow-up period occurred at a similar rate between patients in the delayed- and early-cardioversion groups (30 percent vs 29 percent), with a median 12 and 8 days, respectively, until the first AF recurrence. Cardiovascular complications, defined as events that required a subsequent ED visit or hospitalization, also occurred at a comparable rate between patients who received delayed- and early-cardioversion (10 and eight patients, respectively). Quality of life (QoL) as determined by AFEQT** was also comparable between groups (mean score, 72 vs 73).

While patients with a recent AF often undergo immediate cardioversion to restore sinus rhythm, questions have been raised on the necessity of this procedure, as AF often “terminates spontaneously”, said the researchers, highlighting the potential for reduced risk of overtreatment or the need for hospitalization with a wait-and-see approach.

The delayed-cardioversion approach could also benefit patients by avoiding cardioversion altogether, reducing the amount of time spent in the ED at the initial presentation (median, 120 vs 158 minutes with early cardioversion in this study), and enabling spontaneous conversions, while the risk for stroke associated with delayed cardioversion could be reduced with guideline-directed anticoagulation therapy, the researchers said.

As active cardioversion and spontaneous conversion are associated with stroke, it is crucial to assess stroke risk and initiate antithrombotic treatment in the ED, they said.

According to study discussant Dr Roy Beinart from the Sheba Medical Center in Tel Aviv, Israel, research should now zone in on the patient expectations, costs, and infrastructure requirements of the delayed-conversion approach, and whether the findings from this study could extend to other patient subgroups including those with recurrent paroxysmal AF.

“For most patients with recent-onset AF, the wait-and-see approach may become the preferred strategy, unless they have a history of persistent AF or there are barriers to implementing this approach,” said Healey and McIntyre. Nonetheless, early cardioversion is still an option for certain patients such as those with haemodynamic instability or those with an AF lasting >36 hours while on anticoagulation therapy, they said.