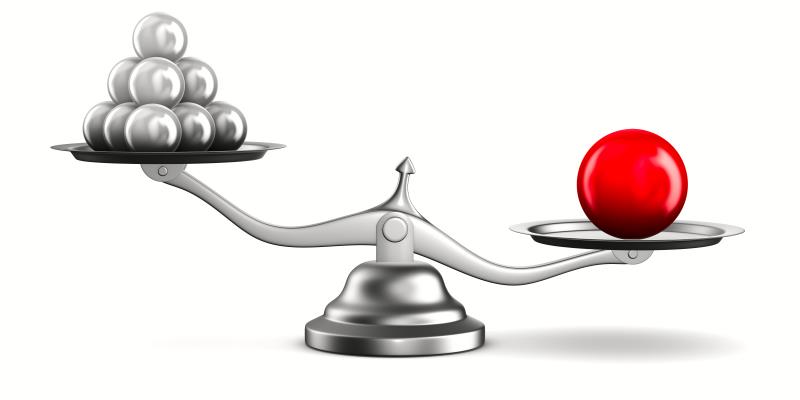 Four cycles of the chemotherapeutic regimen comprising cyclophosphamide, doxorubicin, vincristine, and prednisone plus six cycles of rituximab (R-CHOP) are noninferior to the standard six cycles of R-CHOP for the treatment of B-cell non-Hodgkin lymphoma (B-NHL) in young patients (≤60 years) with a favourable risk profile, the FLYER trial shows.

“[Our findings imply that] CHOP chemotherapy can be safely reduced to four cycles in young patients with no risk factor according to age-adjusted IPI* and no bulky disease … without compromising efficacy,” said the researchers. “[For rituximab,] we do not recommend less than six applications,” they added, in light of studies reflecting improved survival benefit with extended rituximab exposure. [Haematologica 2015;100:955-963; J Clin Oncol 2014;32:4127-4133]

A total of 592 patients with aggressive stage I–II disease (85 percent with diffuse large B-cell lymphoma or one of its subtypes) were randomized 1:1 to receive either four or six 21-day cycles of CHOP plus six concurrent cycles of rituximab**. [Lancet 2019;394:2271-2281] 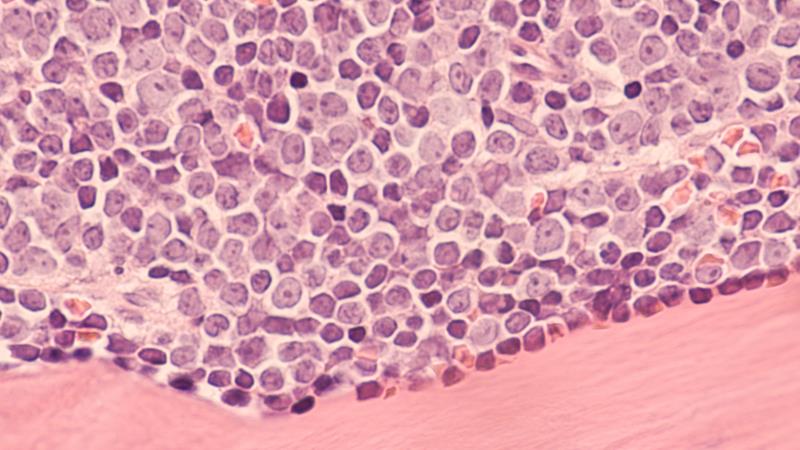 After a median follow-up of 66 months, similar 3-year progression-free survival (PFS) rates were observed between the four- and six-cycle arms (96 percent and 94 percent, respectively), suggesting the noninferiority of the former to the latter regimen.

Fewer haematologic and non-haematologic adverse events were observed in the four- vs the six-cycle arm (n=294 and 1,036 vs n=426 and 1,280). Nonetheless, a longer follow-up is warranted to evaluate long-term toxicity of curative immunochemotherapy, they said.

Remission rates were similarly high in both the four- and six-cycle arms as reflected by the fraction of participants achieving a complete or unconfirmed complete response (91 percent and 92 percent, respectively). Progression or relapse rates were low (n=40).

Evidence showing contrasting data on relapse rates suggest that lymphoma might have a distinct biological background driving the differences in relapse patterns. [J Clin Oncol 2018;36:689-696; J Clin Oncol 2014;32:1066-1073] “[Therefore,] a thorough and accurate molecular analysis of the lymphoma at primary diagnosis and late relapse is warranted to decipher mechanisms of chemotherapy resistance, evolution of relapse, or eventually, de-novo lymphoma genesis,” said the researchers.

The role of radiotherapy

“[In] patients with a maximal Ann Arbor stage II disease and the absence of bulky disease, only small irradiation volumes will be needed,” noted the researchers. However, considering the favourable survival benefit following four R-CHOP cycles, it appears unlikely that radiation therapy (RT) will provide improvement in a patient setting with “such a favourable prognostic profile”, they added.

Moreover, the lack of survival benefit with additive RT after R-CHOP in another phase 3 trial evaluating a similar patient subgroup implies that RT may be irrelevant a priori. [Blood 2018;131:174-181] “[RT] might be confined to a minority of patients who are responding poorly,” said the researchers.

As the risk for B-NHL increases with age, it is imperative to ascertain the feasibility of treatment regimens across all ages. [https://www.cancer.net/cancer-types/lymphoma-non-hodgkin/risk-factors, accessed February 12, 2020] However, older patients (>60 years) were excluded in the study.

Two ongoing trials evaluating FDG-PET***-based, response-adapted reduction of chemotherapy in patients with favourable prognosis as per IPI may shed light on the feasibility of reducing the number of CHOP cycles in older patients, noted the researchers.

“[Taken together, our findings suggest that] the treatment paradigm of six cycles of R-CHOP can be changed … [W]e consider these results to be potentially practice changing,” they concluded.