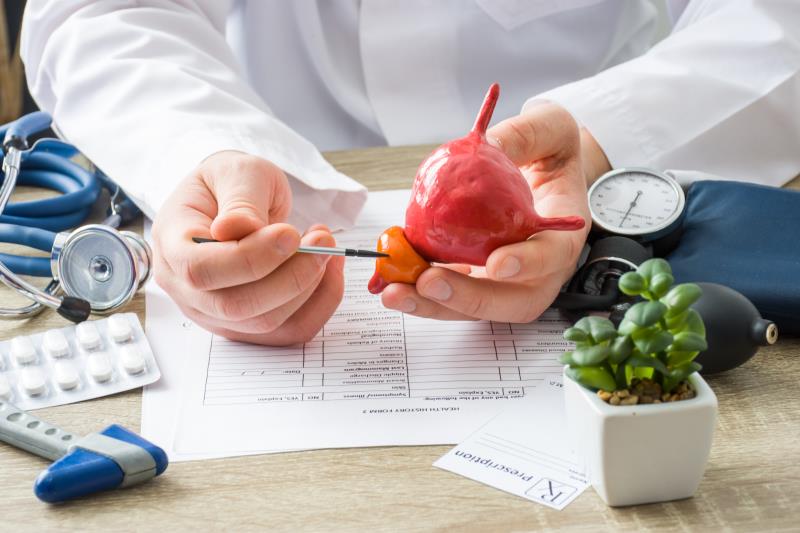 Olaparib, a PARP* inhibitor used to treat ovarian and breast cancer, also extends overall survival (OS) of men with metastatic castration-resistant prostate cancer (mCRPC) harbouring at least one mutation in BRCA1, BRCA2, or ATM, according to final report of the PROfound** study presented at ESMO 2020.

The final OS data, along with the positive progression-free survival data reported previously, are set to change practice for mCRPC — in which patients most likely to benefit can now be identified based on ATM, BRCA1, or BRCA2 status.

“I’m really excited to see the genetically targeted drug olaparib making such a difference to men with prostate cancer. One of the benefits of this innovative drug is that it has far fewer side effects than chemotherapy,” said Professor Paul Workman, chief executive of The Institute of Cancer Research, London, UK, which is one of the participating institutes in the study.

“Olaparib is the perfect example of a smarter, kinder personalized therapy for patients,” he commented.

Patients were randomized 2:1 to receive olaparib (n=256) or the physician’s choice of an NHA (either enzalutamide or abiraterone + prednisone; n=131) as control therapy. Patients in the control group were allowed to cross over to receive olaparib after imaging-based disease progression.

For the analysis, the participants were divided into two groups in the analysis: cohort A comprising 245 patients harbouring ≥1 alteration in BRCA1, BRCA2, or ATM; whereas the remaining patients with ≥1 mutation in the other 12 prespecified HRR genes were grouped in cohort B.

For the prespecified OS analysis in cohort A, OS was significantly longer with olaparib vs control therapy (median, 19.1 vs 14.7 months; hazard ratio [HR], 0.69; p=0.0175), despite having crossover from 67 percent of patients from the control arm.

After adjusting for the crossover in sensitivity analyses, the corresponding HR in cohort A was 0.42 (95 percent CI, 0.19–0.91) — suggesting that the treatment effect with olaparib was likely to be greater.

While olaparib also led to longer OS vs control therapy in cohort B, the difference between treatments did not reach statistical significance (median, 14.1 vs 11.5 months; HR, 0.83, 95 percent CI, 0.11–5.98 after adjusting for crossover).

“The safety profile of olaparib was consistent with the primary analysis … with no cumulative toxic effects observed during the extended exposure period,” the researchers reported.

Olaparib has recently been approved by the US FDA for HRR gene-mutated mCRPC, based on previous data from the primary analysis.