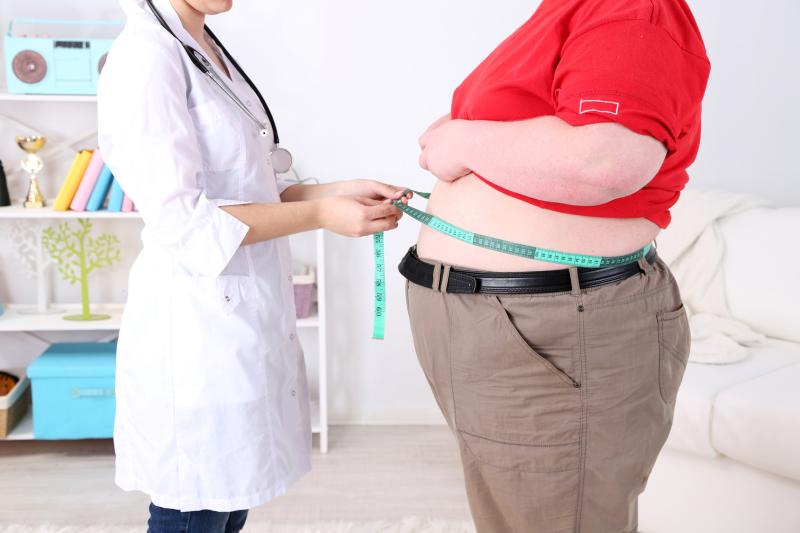 A higher than normal BMI is often a risk factor for many long-term health problems such as diabetes, hypertension, joint, heart and even liver problems.

There are various methods primary care physicians (PCPs) counsel patients with obesity, according to a Singapore study. Out of the 5As tool, PCPs focus predominantly on “Ask,” “Assess” and “Advise,” while the use of “Agree” and “Arrange” is uncommon.

“PCPs varied in their approach in obesity counselling, focusing predominantly on ‘Ask’, ‘Assess’ and ‘Advise’ in the 5As tool,” researchers said.

The results showed that “Asking” was indirect and “Assessment” hardly covered the effects of obesity on psychosocial functioning. When it came to “Advise,” PCPs primarily focused on dietary and lifestyle modifications. “Agree” was performed the least. [Proceedings of Singapore Healthcare 2017;26:144-149]

“PCPs tended to be indirect in ‘Asking’ patients about their weight, often using weight measurements as a prompt to trigger the discussion,” researchers said. “This was often followed by an evaluation of readiness for change through observation of verbal and nonverbal cues, and, finally, facilitation of discussions with those who were perceived to be ready.”

This indirect approach is regarded as more appropriate by PCPs than directly asking permission from patients, since they consider discussion on weight issues as a sensitive topic from the patient’s perspective, according to researchers.

In an earlier study, Brown and colleagues showed that patients with obesity not only feel personally responsible for their condition but also harboured a sense of stigma as a result of perceived negative stereotypes. [Br J Gen Pract 2006;56:666–672]

Moreover, in the current study, polyclinic doctors were likely to “Assist” patients with referral to other healthcare workers for further weight management, but few purposely “Arrange” to review progress in weight management due to barriers.

“There are currently several adaptations of the 5As framework used in obesity counselling research, incorporating ‘Ask’, ‘Assess’, ‘Advise’, ‘Agree’, ‘Assist’ and ‘Arrange’ in different permutations,” researchers said. “In this study, the modified 5As framework, as described by Vallis et al in 2013, was used as a framework to evaluate the clinical practices of the PCPs.” [Can Fam Physician 2013;59:27–31]

There were slight differences in the definition and the list of actions included in each step in other studies, making direct comparisons based on the steps alone challenging. For instance, the study by Jay and colleagues covered the activity of asking the patient about weight under the step “Assess.” [BMC Health Serv Res 2010;10:1]

The results of the current study are comparable to the findings by Alexander and Jay, where PCPs routinely “Asked” and “Advised” patients on their weight management. [BMC Health Serv Res 2010;10:1; Fam Med 2011;43:179]

“Whether omitting the other components of the 5As method would compromise the effectiveness of the counselling requires further evaluation,” researchers said.

A total of 50 PCPs from public and private primary care practices were included in the study. Qualitative data were obtained during six focus group discussions and seven in-depth interviews, which were audio-recorded, transcribed, audited and analysed iteratively based on the grounded theory. Researchers externally validated the emergent themes first and then finalized these after rounds of deliberations amongst other investigators.