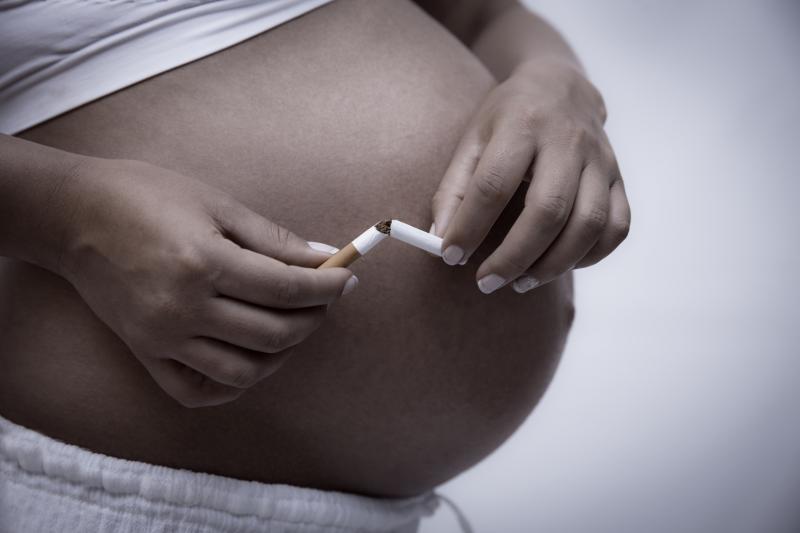 Children born to women who smoked during pregnancy are at high risk of developing a wheeze and having decreased lung function, according to the results of a systematic review and meta-analysis.

The meta-analysis included 21 case–control and cohort studies estimating the association between active tobacco use during pregnancy and infant respiratory health (wheezing and apnoea) and lung function parameters in the first 12 months of life.

A total of 1,677,480 women comprised the total population. Four studies were conducted in the UK, three in North America, four in Australia, three in Sweden, two in the Netherlands, one in Spain, one in Japan, one in Denmark, one in Norway, one in Portugal, one in Southern Europe, and one in the Czech Republic.

Results for lung function parameters were mixed. For example, two studies with comparable methodology showed a trend towards maximum flow rate decline at functional residual capacity (−34.59 mL/s; p=0.08) in 1-month-old infants born to women who smoked during pregnancy. Additionally, there was an elevated risk of apnoea among infants born to mothers who used smokeless tobacco during pregnancy.

The findings underscore the importance of preventing active smoking in pregnancy to improve infant lung health.