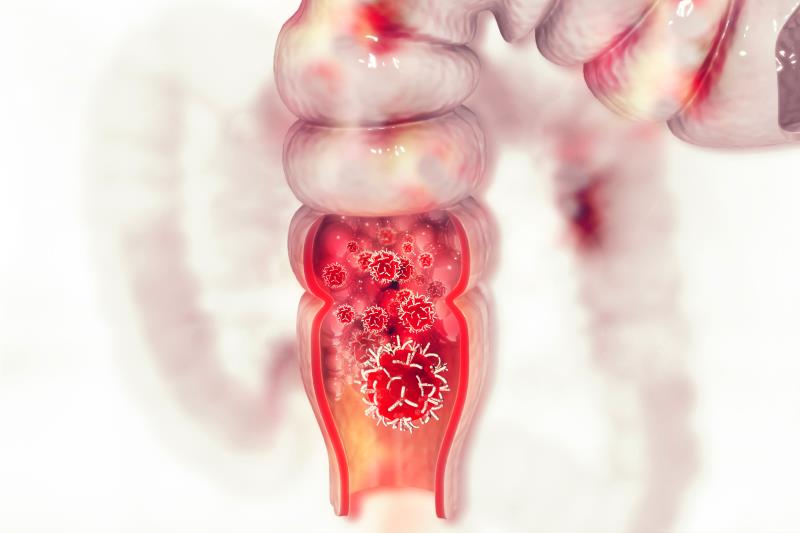 FTD/TPI is registered in >90 countries for treating mCRC that has progressed despite standard therapies. Evidence shows that FTD/TPI significantly improved overall survival and progression-free survival (PFS) in this patient setting. [Eur J Cancer 2018;90:63-72]

The study comprised 914 patients (median age 62 years, 40 percent female) with histologically confirmed mCRC who were either refractory to or unlikely candidates for standard chemotherapy regimens and had an ECOG PS* of 0 (49 percent) or 1. Participants were given oral FTD/TPI 35 mg/m2 BID (days 1–5 and 8–12 of each 28-day cycle). Of these, 69 percent completed 0–3 cycles, 24 percent completed 4–7 cycles, while the remainder had ≥8 cycles. [ESMO GI 2021, abstract SO-18]

Compared with individuals completing 0–3 cycles, those completing ≥4 FTD/TPI cycles were more likely to have a baseline ECOG PS of 0, had a longer time from first metastasis to first FTD/TPI intake, and were less likely to have a RAS mutation and have been previously given regorafenib.

“[Moreover,] there was no clinically relevant change from baseline in EORTC QLQ-C30-GHS** score overall or by duration of treatment group,” said the researchers. In the initial report, the researchers noted that having agents that can provide disease control without impairing quality of life (QoL) is reassuring, as late-line treatment toxicities frequently affects patient QoL. [ESMO Open 2020;doi:10.1136/esmoopen-2020-000698] “[M]aintaining QoL is a well-recognized goal in patients receiving third-line treatment,” they said.

Another drug recommended for third-line treatment of mCRC that has progressed through other available chemotherapies is regorafenib. [Ann Oncol 2018;29:835-856] However, studies comparing regorafenib against FTD/TPI favour the latter over the former owing to higher drug adherence, longer time to discontinuation, and less toxicities. [Oncologist 2020;25:e75-e84; Clin Colorectal Cancer 2018;17:113-120; Clin Colorectal Cancer 2018;17:e143-e51]

“[Despite the lack of a comparator arm, the current] data provide additional support for the use of FTD/TPI in the treatment of mCRC in daily clinical practice,” said the researchers.