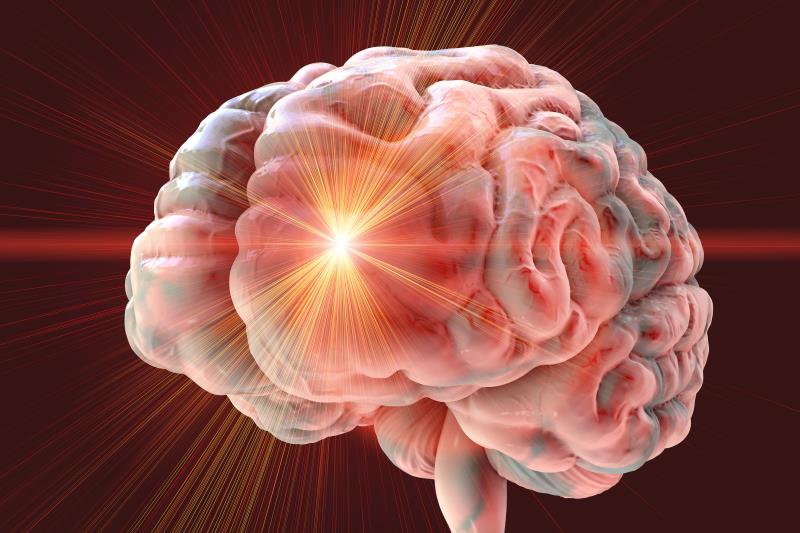 In thrombotic stroke patients at high risk of ischaemic stroke recurrence, prasugrel was as effective as clopidogrel in reducing the composite incidence of ischaemic stroke, MI, and death from other vascular causes, the phase III PRASTRO-III study has shown.

Though effective in reducing risk of stroke and death, the combination of ticagrelor and aspirin is associated with increased bleeding. [N Engl J Med 2020;383:207-217] “As combined use of two agents increases the risk of bleeding, a strong antiplatelet drug that can be safely used as monotherapy is considered necessary,” said the researchers.

Clopidogrel is the most common antiplatelet used worldwide. In the Japanese Guidelines for the Management of Stroke, clopidogrel, cilostazol, and aspirin are the recommended agents for the prevention of non-cardioembolic stroke recurrence. [www.jsts.gr.jp/img/guideline2015_tuiho2019_10.pdf] Prasugrel, an adenosine diphosphate receptor antagonist, reportedly has a stronger, faster, and more stable antiplatelet action than clopidogrel. [Circulation 2007;116:2923-2932]

To compare the efficacy and safety of prasugrel and clopidogrel in this patient population, the researchers evaluated 235 thrombotic stroke patients (mean age 70 years, 71 percent male) at risk of ischaemic stroke from 43 institutions in Japan. They were randomized 1:1 to receive oral prasugrel 3.75 mg or clopidogrel 75 or 50 mg daily for 24–48 weeks. Despite the two dosage options for clopidogrel, none received the 50-mg dose. The use of other antiplatelets was not allowed. [J Atheroscler Thromb 2022;doi:10.5551/jat.63473]

“Based on the results of PRASTRO-I, we expected that prasugrel would show a risk ratio of <1 among the high-risk ischaemic stroke patients in PRASTRO-III,” said the researchers. “Indeed, our results showed that, similar to PRASTRO-I and PRASTRO-II, the risk ratio was <1.”

The incidences of the primary* efficacy endpoint were similar between the prasugrel and clopidogrel arms (6.8 percent vs 7.1 percent; risk ratio [RR], 0.95). “[The] risk reduction of 5 percent with prasugrel vs clopidogrel … indicates comparable efficacy,” said the researchers.

There was a slightly lower rate of all*** bleeding events in the prasugrel vs the clopidogrel arm (19 percent vs 25 percent; RR, 0.78). The combined incidences of life-threatening, major, and clinically relevant bleeding in the respective prasugrel and clopidogrel arms were 5.0 percent and 3.5 percent (RR, 1.42). The similar bleeding rates align with those seen in a PRASTRO-I subanalysis. [J Atheroscler Thromb 2021;28:169-180]

Overall, these results suggest no major safety concerns with prasugrel. Moreover, none of the bleeding events progressed to life-threatening bleeding.

However, given the small sample, the efficacy of prasugrel cannot be based solely on the findings. Also, the observation period was shorter compared with that of PRASTRO-I and PRASTRO-II.

“Thus, the efficacy of prasugrel administration in thrombotic stroke patients with risk factors for ischaemic stroke recurrence should be evaluated in conjunction with those of the PRASTRO-I and PRASTRO-II studies,” said the researchers.