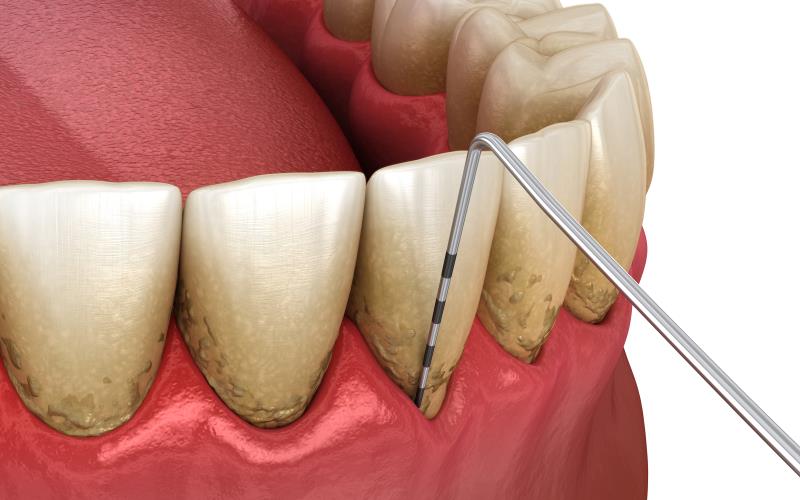 An inverse association was found between the use of proton pump inhibitors (PPIs) and the severity of periodontal disease (PD), according to data presented at AIBD 2020.

PPIs are often used for the management of gastro-oesophageal reflux disease; however, individuals with inflammatory bowel disease (IBD) may have an increased risk of complications when using PPIs. “IBD has been associated with an inflammatory host response to bacterial infection that shares many characteristics of PD,” said the researchers.

“We previously reported that patients … who were taking PPIs exhibited less severe PD and had fewer teeth with [deeper] periodontal pockets than those not taking PPIs,” they said.

The team sought to further evaluate the influence of PPI on the severity of PD using another large, independent cohort. Medical and dental history records of 1,093 patients referred to a university-based private periodontal practice from 1996 to 2015 were reviewed. IBD, perimenopausal hormone replacement therapy, systemic steroid use, and autoimmune disease were considered as modifying risk factors. The severity of PD was measured by the fraction of teeth with greater periodontal pocket depths or deeper pockets (ie, ≥6 mm). [AIBD 2020, abstract P051]

After adjusting for diabetes and smoking, fewer deeper pockets were observed among PD patients who were on PPIs compared with those who were not taking PPIs (13.9 percent vs 24.1 percent; mean difference, 10.2 percent, 95 percent confidence interval [CI], 1.7 percent to 18.6 percent; p=0.005).

These translated to >40 percent reduction in deeper pockets among individuals taking PPIs vs those who were not, noted the researchers.

These results were mirrored after adjusting for the modifying medical confounders (27.2 percent vs 40.1 percent; mean difference, 12.9 percent, 95 percent CI, 0.6 percent to 25.0 percent; p=0.04), generating a 32-percent reduction in the incidence of less severe PD among individuals who were on PPIs.

It should also be noted that these differences were apparent despite the lack of differences in terms of oral hygiene efficacy among any of the groups examined (p>0.05).

The current findings support their previous results, thus underpinning the inverse relationship between PPI use and severity of PD. “[It might be imperative to consider] more conservative periodontal therapy … for IBD patients with advanced PD for whom PPI are prescribed as a component of their IBD treatment,” said the researchers.