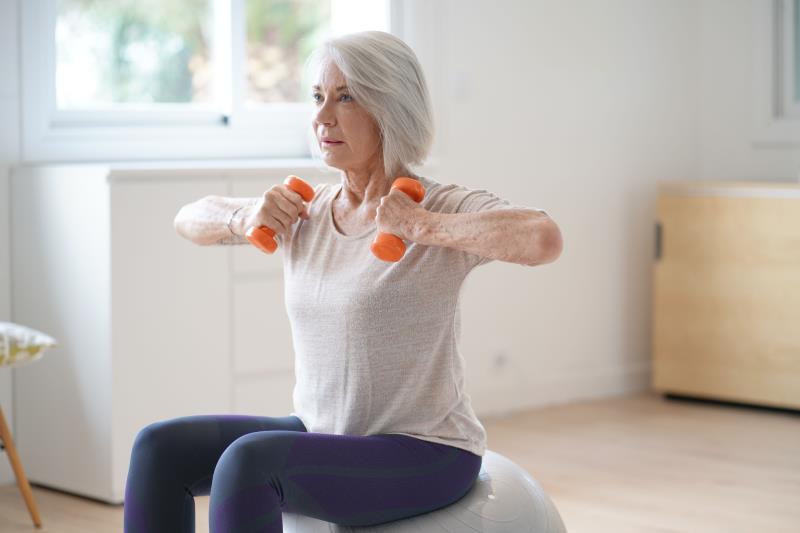 Postmenopausal women with low bone mass are encouraged to participate in bone-loading exercises and maintain adequate intake of calcium and vitamin D (CaD), while the addition of risedronate along with CaD can significantly improve BMD, particularly at the spine — such are the key messages of a recent study.

“[Even though] bisphosphonates are considered first line-treatment for women with osteoporosis … prescribing bisphosphonates for women with low bone mass who do not yet have osteoporosis has been controversial,” the researchers noted. “This controversy is related to the rare incidences of adverse effects [AEs] with long-term use of BPs, such as development of atypical femoral fractures.”

The issue is further compounded by previous findings suggesting that “large increases in BMD may not always be related to significant decreases in fractures,” they pointed out.

In order to find out if bone-loading exercises can be prescribed in place of medication for women with low bone mass, the researchers compared BMD and bone turnover in 276 women (mean age 54 years) with low BMD who were within 6 years of menopause. They were randomized to one of the three groups: risedronate or bone-loading exercises, in addition to CaD supplements or control receiving CaD supplements alone for 12 months. [Osteoporos Int 2021;doi:10.1007/s00198-021-06083-2]

In addition, risedronate led to significantly less bone turnover compared with the other two interventions, as reflected by decreases in the serum bone turnover biomarkers alkphase B (p<0.001 for both comparison vs exercise and CaD groups) and serum Ntx (p=0.004 vs exercise and p=0.007 vs CaD).

“Bisphosphonates improved bone strength by increasing BMD at the spine, hip, and femoral neck and by reducing the rate of bone loss,” the researchers summed up.

Nonetheless, experts believed that bone health is also determined by other factors such including bone structure, and not just BMD.

“Decision-making as to whether individual women with low bone mass should be prescribed bisphosphonates should be determined by assessments of [risk factors in] these women … [in addition to] concerns about adverse effects … [and] patient preferences in treatment,” they added.

“Women will be more likely to adhere to their medication and treatment regimen if they have had input into their plan of care.”

Future studies can look into whether changes in BMD and bone turnover following treatment do translate to lower fracture rates, they suggested.