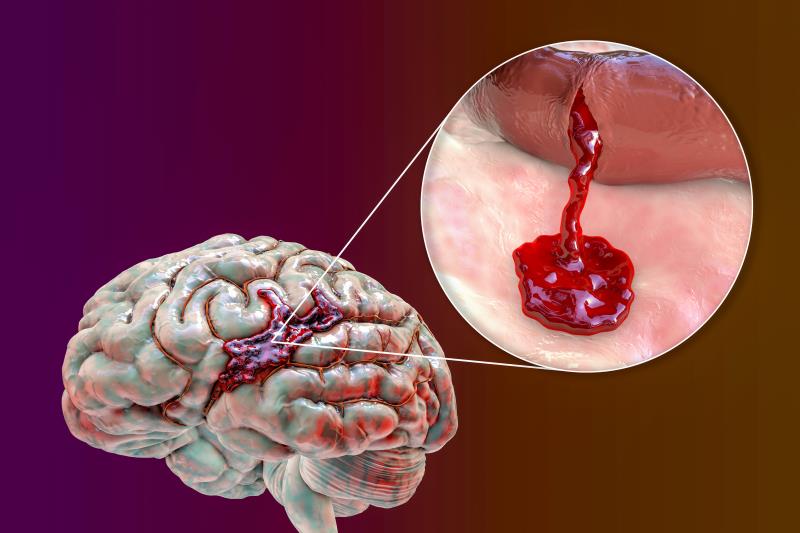 Initiating antiplatelet therapy following an intracerebral haemorrhage (ICH) that occurred during antithrombotic use does not lead to recurrent symptomatic ICH, according to extended results of the RESTART* trial.

“After ICH associated with antithrombotic drug use, antiplatelet therapy appears to be safe,” they said.

This prospective, multicentre, open-label trial involved 537 adults (median age 76 years, 67 percent male) in the UK who had survived for ≥24 hours after a spontaneous ICH. At ICH onset, all patients had already been receiving antithrombotic therapy to prevent occlusive vascular disease and had discontinued therapy upon ICH. They were randomized 1:1 to initiate or avoid antiplatelet therapy (one or more of oral aspirin, dipyridamole, or clopidogrel). Median follow-up was 3 years.

Incidence of any major vascular event (nonfatal myocardial infarction, nonfatal stroke, or vascular-related death) was numerically, but not significantly, lower among patients who initiated compared with those who avoided antiplatelet therapy (26.8 percent vs 32.5 percent; HR, 0.79, 95 percent CI, 0.58–1.08; p=0.14).

However, there was a significantly lower risk of major vascular events among patients who initiated vs avoided antiplatelet therapy in the first 3 years of follow-up (cumulative risk difference, -7.0, -8.9, and -7.8 percent at years 1, 2, and 3, respectively).

Serious adverse events were rare, with none of the events deemed related to stroke.

The findings contrast with that observed with the initial median 2-year follow-up results of RESTART which suggested a modest increased risk of recurrent ICH with antiplatelet therapy (HR, 0.51; p=0.06). The extended follow-up results are potentially due to the small number of outcome events, said the authors.

The small sample size and number of outcomes and male majority population were among the limitations. The authors also acknowledged the lack of power in the extended follow-up “to detect these effects with precision.”

“This finding provides physicians with some reassurance about the use of antiplatelet therapy after ICH if indicated for secondary prevention of major vascular events,” the authors said.

Nonetheless, more evidence is needed before there is a change in clinical practice. This would include research into identifying factors that could possibly influence the outcomes such as time since or location of ICH and duration of antiplatelet treatment, they noted.