Post-extraction bleeding in patients on NOACs: Does tranexamic acid help? 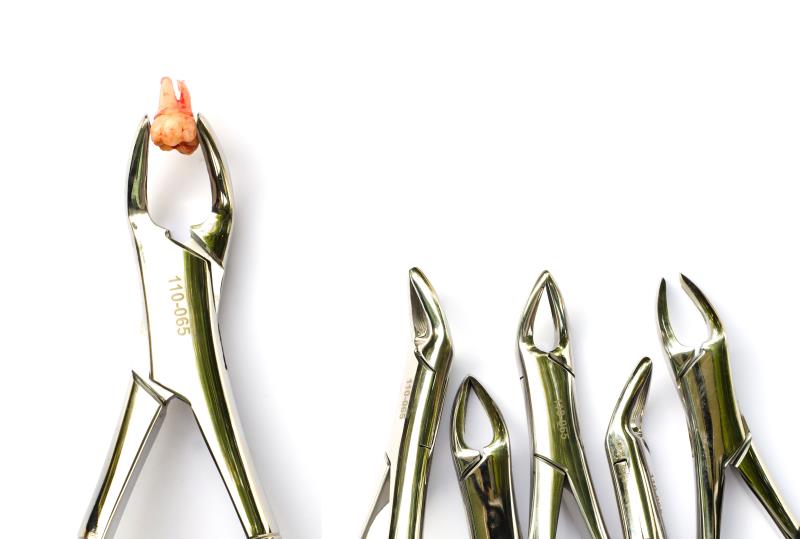 In patients on non-vitamin K oral anticoagulants (NOACs) who have undergone dental extraction, a 10-percent tranexamic-acid (TXA) mouthwash did not reduce the incidence of oral bleeding following extraction. However, TXA use led to a reduction in the number of total and delayed bleeds, as well as bleeding following multiple extractions, findings from the EXTRACT-NOAC trial have shown.

TXA has been proven to reduce bleeding in other surgical settings. Its local application leads to low systemic absorption, making it an attractive haemostatic agent for oral surgery. [Thromb Res 2015;135:231-242; Cochrane Database Syst Rev 2013;7:CD010562] “[TXA] … is also affordable, readily available, [and] easy to implement in clinical practice … [As such,] we investigated whether TXA mouthwash reduces post-extraction bleeding in patients [on] NOACs,” they continued.

A total of 218 participants were randomized 1:1 to use 1-g/10 mL TXA or placebo mouthwash once prior to extraction and TID for 3 days thereafter. Following European Heart Rhythm Association guidelines and as mandated by the research team, participants were instructed to skip the morning NOAC dose on extraction day. NOAC use was resumed the day following extraction unless haemostasis issues were reported. [ISTH 2021, abstract PB0412; PLoS Med 2021;doi:10.1371/journal.pmed.100360]

“[There was] one major oral bleeding in a patient on placebo who needed a blood transfusion, and was hospitalized for 2 days,” said the researchers. Nonetheless, all other bleeds were managed with local haemostatic measures.

Fewer bleeds were also reported in patients on TXA vs placebo who required extraction of ≥2 teeth (31 percent vs 42 percent; RR, 0.40). “[This finding] supports the hypothesis that the potential benefit of a haemostatic agent is likely to be largest in patients with friable mucosa and more extensive tissue damage,” said the researchers.

Of note was the unplanned NOAC interruption in both TXA and placebo arms (n=6 and 9). “Unplanned interruption of anticoagulants is a concern in clinical practice since it is associated with increased risk of cardiovascular events. Patient adherence and compliance with the doctor’s advice remain important,” they explained.

One placebo recipient who stopped NOAC treatment 2 days prior to extraction had a transient ischemic attack. No thrombotic events were tied to TXA, thus underpinning its safety and tolerability.

However, the premature trial cessation owing to the COVID-19 pandemic and the self-reported data may have limited the findings. There was also no fixed timepoint on restarting NOAC therapy following extraction, leading to differences in the timing of restart. “[T]he possible effect hereof on bleeding after dental extraction is unclear. The question on timing of NOAC restart needs further study,” the researchers noted.

“[Nonetheless, our findings suggest that] TXA might help reduce delayed post-extraction bleeding and bleeding after multiple dental extractions in patients on NOACs and lead to less patients reconsulting healthcare services,” said the researchers.