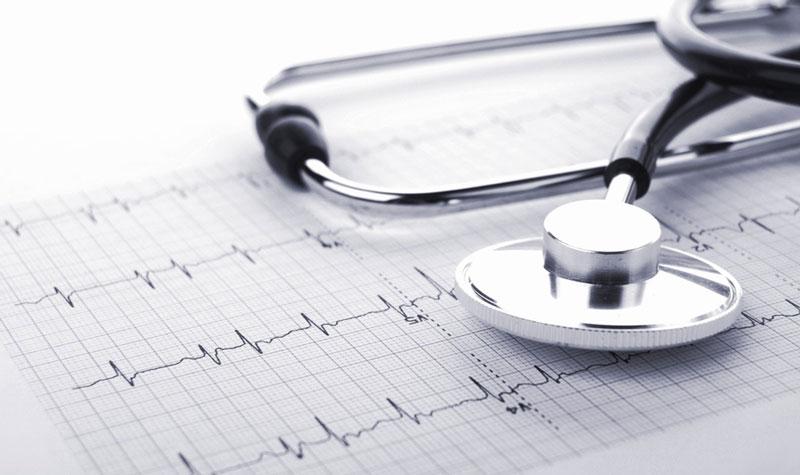 Screening with a portable dual-electrode device has demonstrated markedly high sensitivity for early detection of atrial fibrillation in primary care, as shown in a recent study.

Shaped like a stick, the device has metal handles at both ends that function as electrodes for electrocardiogram (ECG) recording. The user holds these handles in a steady seating position for a minute. After recording, a light indicator shows the presence or absence of an irregular rhythm, and the data can be downloaded to a computer using a USB port.

Relative to 12-lead ECG, the device achieved an overall accuracy of 84.7 percent for AF detection. The sensitivity was 90.2 percent, while the specificity was 84.0 percent.

Among the 826 patients referred for standard echo, 390 (47.2 percent) were found to have HD. The prevalence was significantly higher among patients who screened positive vs negative for AF with the portable device (76.1 percent vs 44.5 percent; p<0.001). Logistic regression revealed an independent association between a positive AF screening and HD in echo (odds ratio, 3.9, 95 percent confidence interval, 2.1–7.2; p<0.001).

These findings reinforce the precise relationship between AF and CV risk and propose the use of the device as an additional tool for prioritization for cardiology evaluation and rationalization of health resources in low-resource settings, according to the investigators.

“Regarding feasibility, [the device] seems more practical than electrocardiographic home monitoring, involving no electrodes/wires and not requiring training, which may expand its use by health agents. It is also user friendly and easily handled even by elderly or physically impaired patients, and common situations such as limited force and trembling presumably do not influence the results,” they pointed out. [BMC Fam Pract 2014;15:113; J Atr Fibrillation 2016;9:1433]

Aside from prioritizing/organizing waiting lists and diagnosing AF for early treatment decision, the device may also be used in the following applications: (1) follow-up after electroconversion and medical treatment, and (2) postintervention monitoring following heart surgery, device implantation and ablation procedures.

“[Such applications] may improve adherence to medical therapy and potentially decrease costs by preventing adverse events,” the investigators said.

Although preliminary and despite the presence of limitations, “our findings point towards the need for additional investigations on the accuracy of point-of-care AF detection devices, the impact of adding AF screening to current risk stratification scores and assessment of associated outcomes,” they added.