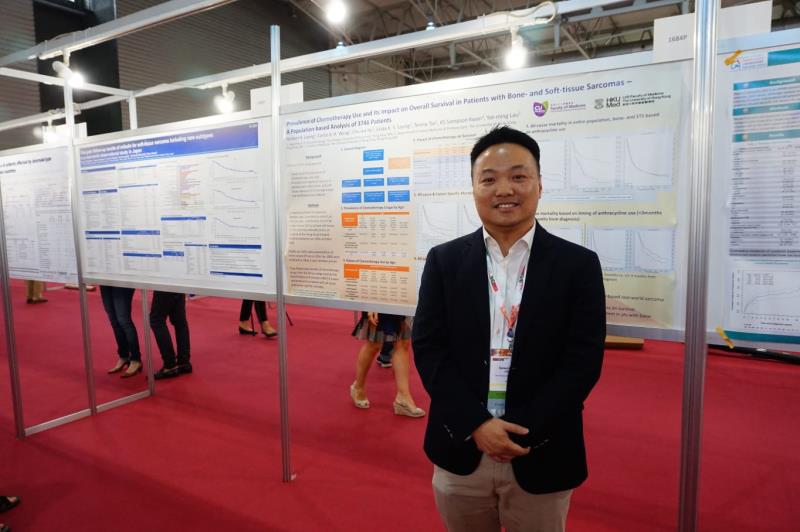 The use and choice of chemotherapy significantly impact overall survival (OS) of patients with sarcoma, according to a population-based retrospective cohort study involving more than 3,000 patients treated in Hong Kong.

In the study, presented at the European Society for Medical Oncology (ESMO) Congress 2019, researchers identified 3,746 patients with bone and/or soft-tissue sarcoma (STS) who attended clinics or hospitals of the Hong Kong Hospital Authority (HA) between January 2004 and March 2018. Data from 3,358 eligible patients (bone sarcoma, n=661; STS, n=2,576; both, n=121) with index presentation in or after January 2005 were analyzed to allow a 1-year window period. [Loong HH, et al, ESMO 2019, poster 1684P]

“This is one of the largest population-based real-world sarcoma cohorts,” noted first author Dr Herbert Loong of the Department of Clinical Oncology, Chinese University of Hong Kong.

“These findings are in keeping with the common practice of reserving chemotherapy for patients with metastatic disease only, except in selected cases where the adjuvant use of cytotoxics is recommended,” commented Loong.

“The apparently better OS in patients who had not received chemotherapy vs those who had is likely a reflection of the disease status and trends of chemotherapy prescription in these patients, and should not be regarded as lack of efficacy,” he advised.

The study also showed a positive effect of anthracyclines vs no chemotherapy on OS in patients with bone sarcoma in both the first-line and later-line settings (HR for all-cause mortality, 0.811 and 0.446, respectively; p<0.001). In contrast, those who had never received anthracyclines had a significantly increased risk of all-cause mortality vs no chemotherapy (HR, 1.766; p<0.001).

“The impact of chemotherapy on mortality reduction appeared greater in bone sarcoma vs STS,” said the researchers.

“Based on these findings, despite its toxicities, we believe that anthracyclines remain a cornerstone of treatment for patients with sarcoma and should be considered earlier,” Loong concluded.

The researchers also suggest a territory-wide disease-specific prospective registry to be established. “This can allow accurate collection of relevant clinical outcome data, which will be most helpful for further understanding of this group of rare but often deadly diseases,” Loong added.