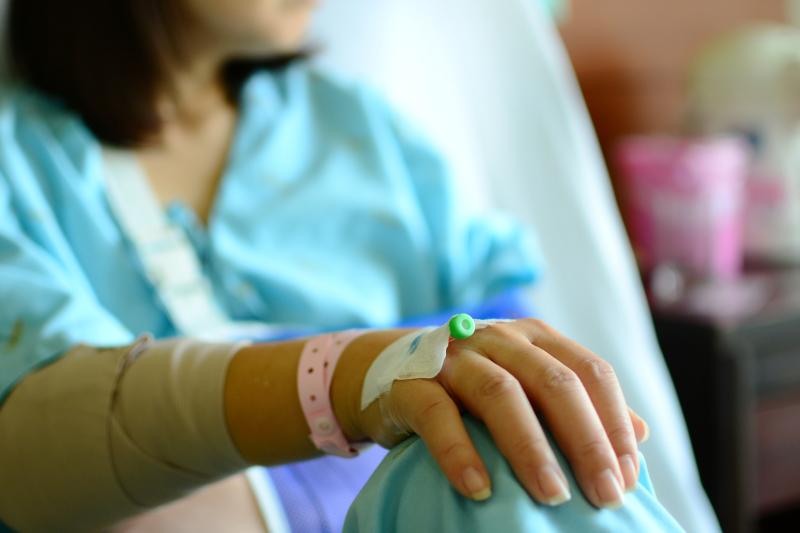 The combination of pomalidomide and dexamethasone (PomDex) is effective against relapsed/refractory multiple myeloma (MM) in Asians, according to a recent study. The addition of cyclophosphamide may further supplement its effects.

“This regimen appears to be active across age groups and prior lines of treatment,” said researchers. “In particular, it is very active even in patients who have progressed following treatment with the latest generations of approved drugs including monoclonal antibodies.”

Of the 136 study participants (median age, 66 years; 52.9 percent male), all but one had been previously treated with bortezomib and lenalidomide; 18.4 percent had also received newer agents such as elotuzumab and panobinostat. Half had undergone prior autologous stem cell transplantation. Participants were subjected to a mean of seven chemotherapy cycles. [Blood Cancer J 2019;9:83]

Over a median follow-up of 358.5 days, 97 patients were given PomDex while the remaining 39 required the addition of cyclophosphamide (PomCyDex) due to subpar response.

Overall response rate (ORR) was evaluable in 110 patients, of whom 51.8 percent met the outcome. In contrast, ORR was slightly higher in the PomDex than in the PomCyDex group (56.3 percent vs 43.6 percent). In the respective groups, ten and three patients achieved very good partial response to the treatment.

The overall median duration of response was 12.6 months and was longer in those being given PomCyDex (15.9 vs 10.1 months).

The treatment benefits did not come with an asymmetric increase in the burden of side effects. Grade 3 and 4 adverse events were mostly cytopoenias, such as anaemia (18.4 percent), neutropoenia (49.3 percent) and thrombocytopoenia (19.1 percent). There were 36 cases of grade 5 adverse events that resulted in death, of which 33 were deemed unrelated to the treatment.

“Pomalidomide and dexamethasone combination is an efficacious and safe option in Asian patients with relapsed/refractory MM who were refractory to lenalidomide and relapsed from previous bortezomib treatment, and the addition of cyclophosphamide in patients with suboptimal response can improve the outcomes further,” said researchers.

In the present study, patients were recruited from major cancer centres in Singapore, South Korea, Japan, Taiwan and Hong Kong. Participants were given 4 mg pomalidomide daily for 21 days every 4 weeks and 40 mg dexamethasone every 4 weeks. Cyclophosphamide was given at 300-mg/m2 doses. Only patients who had failed or were refractory to lenalidomide were eligible.

“With the improvement of drug access in the Asian countries in which bortezomib and/or lenalidomide therapies have increasingly become the standard of care in MM management during induction therapy and/or early relapse, this combination could be an appealing treatment option in the relapsed/refractory MM patients,” the researchers said.