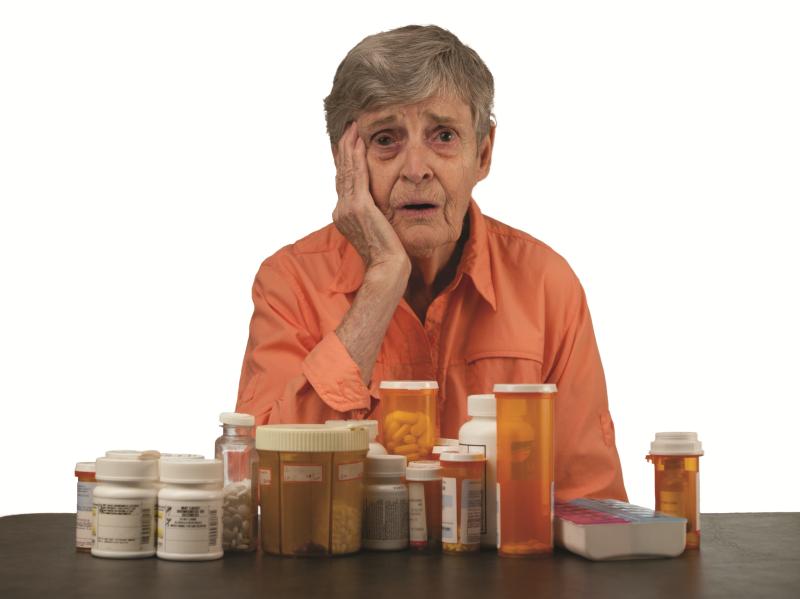 Polypharmacy in the months leading to intravenous (IV) chemotherapy appears to be correlated with hospitalization after chemotherapy, a recent study has found.

Accessing the Surveillance, Epidemiology, and End Results-Medicare database, researchers identified 13,959 elderly patients (age ≥65 years) who had cancer and had undergone IV chemotherapy. Drug records were used to assess polypharmacy. The endpoint was the rate of hospitalization.

The most common malignancy in the study cohort was lung cancer (n=7,309), followed by breast (n=5,490) and prostate (n=1,430) cancers. In these subgroups, patients took a median of 11, nine and 10 medications, respectively, in the 6 months before IV chemotherapy.

Postchemotherapy hospitalization rates were positively linked to the number of medications across all three cancer subgroups. In prostate cancer patients, for example, those taking five to nine concurrent drugs were 42 percent more likely to be hospitalized. The rate was 75 percent and 114 percent higher in patients taking 10–14 and ≥15 medications, respectively.

Lung cancer patients showed the same trend. Those taking five to nine, 10–14 and ≥5 medications were 36 percent, 49 percent and 82 percent more likely to be hospitalized after chemotherapy, respectively. The trend remained positive and significant in breast cancer patients.

“Our research findings highlight a significant area of concern and a research area ripe for quality improvement. A logical next step would be to conduct a prospective randomized controlled trial to determine whether improved medication management can reduce inpatient hospitalization,” researchers said.