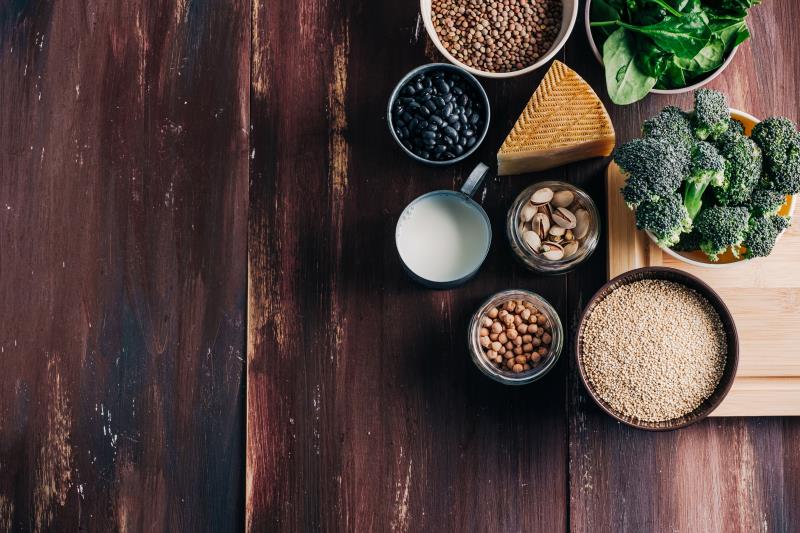 Consumption of plant protein was associated with a lower risk of all-cause and cardiovascular disease (CVD) mortality, according to a systematic review and meta-analysis, suggesting that substituting foods high in animal protein with plant protein sources may correlate with longevity.

“[The findings are] consistent with its beneficial effects on cardiometabolic risk factors, including blood lipid and lipoprotein profiles, blood pressure, and glycaemic regulation … Overall, all available studies support the beneficial effects of plant proteins on human health,” said the researchers.

Evidence shows that high-protein diets, particularly plant proteins, may substantially reduce serum concentrations of blood lipids without significantly affecting HDL-C* concentrations and CVD risk. [JNCI Cancer Spectr 2018;2:pky077] “These effects may be related to bio-active peptides and the amino acid composition of plant proteins, but other components in the same foods could also contribute,” said the researchers.

However, macronutrients are usually not consumed on its own, the researchers pointed out. The association between protein intake and mortality may also be attributed to the other nutrients and biologically active factors present in protein food sources. “In addition, when the contribution of a single nutrient is assessed as a disease risk, the interaction between nutrients in the gut should be taken into account.”

Nonetheless, the results have important public health implications. “[P]lant protein [intake] can be increased relatively easily by replacing animal protein, [which] could have a large effect on longevity … Our findings therefore strongly support the existing dietary recommendations to increase consumption of plant proteins in the general population,” said the researchers.

However, as most of the studies had predominantly Western populations, extrapolation of the results to the global population should be done with caution, the researchers noted.

They called for further exploration focusing on the mechanisms by which dietary proteins influence mortality. Future studies should also probe into the role of plant protein intake as a marker of overall dietary patterns or even of social class, they added.