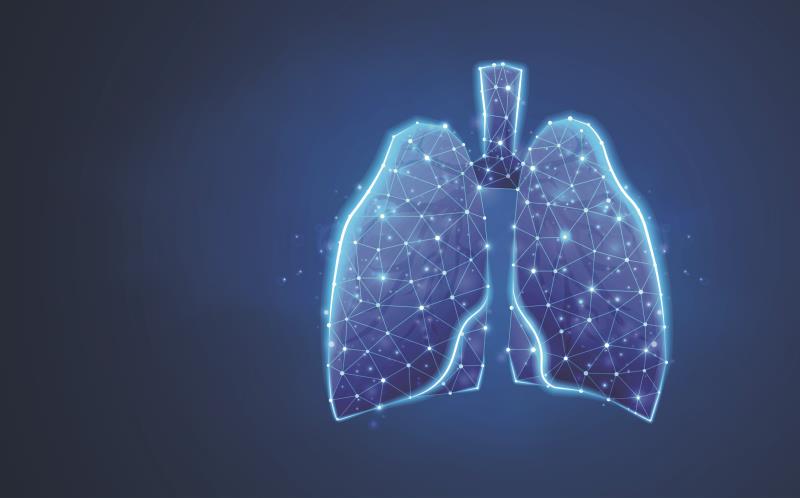 “ILD is a known complication of RA … [and] affects a substantial number of RA patients,” said Dr Ivan Rosas from Baylor College of Medicine, Houston, Texas, US, at ERS 2022. “[Although] the lifetime risk of developing clinically significant ILD is low (7.7 percent) … this leads to significant excess in morbidity and mortality in the RA population, so it continues to be a very important element.”

There were similar fractions of participants in the pirfenidone and placebo arms who achieved the composite primary endpoint of decline from baseline in percent predicted forced vital capacity (FVC%) of ≥10 percent or death (11 percent vs 15 percent; odds ratio [OR], 0.67; p=0.48). “Our primary endpoint was not met,” said Rosas.

“However, there was an impact in the FVC,” he stressed, as reflected by the slower rate of decline in lung function among pirfenidone vs placebo recipients as measured by estimated annual change in absolute FVC (–66 vs –146 mL; p=0.0082) and FVC% (–1.02 vs –3.21; p=0.0028). This, according to Rosas, is a clinically significant and ‘very exciting’ finding because a difference was seen despite the underpowering.

The effect on FVC decline was also seen when evaluating a subgroup of participants who had a usual interstitial pneumonia (UIP) pattern (–43 vs –169 mL; p=0.0014 [absolute FVC] and –0.2 percent vs –3.81 percent; p=0.0002 [FVC%]). Rosas noted that this is another ‘remarkable’ finding, suggesting that this subgroup of patients may benefit most from treatment with pirfenidone.

There was no significant difference in the incidence of treatment-emergent serious adverse events between the pirfenidone and placebo arms (15 percent vs 13 percent), nor were there any treatment-related deaths. “[The safety findings were] similar to that seen in other pirfenidone trials,” noted Rosas.

“Although we did not meet our primary endpoint, our findings suggest a safe and beneficial effect of pirfenidone in patients with RA-ILD,” said Rosas. “Our study adds to the growing body of evidence in other subtypes of ILD with progressive disease that can benefit from antifibrotic therapy.”

The findings however should be interpreted with caution given the early study termination and underpowering. “We should probably consider repeating this study, focusing more on patients with a UIP pattern and RAILD,” Rosas noted. “And as this a phase II study, we will definitely need some follow-up studies to independently verify our findings.”