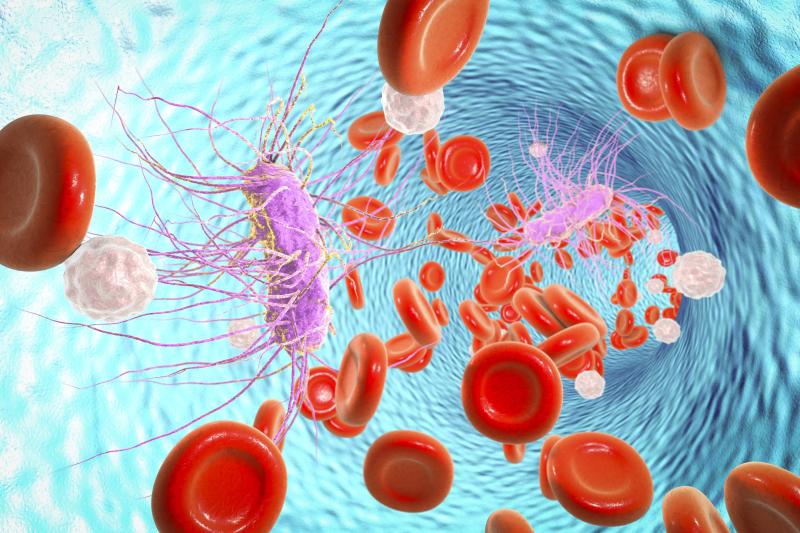 The combined use of piperacillin and tazobactam does not appear to be a suitable alternative to meropenem for patients with bloodstream infections caused by ceftriaxone-resistant Escherichia coli (E. coli) or Klebsiella pneumoniae (K. pneumoniae), according to results of the MERINO* trial.

“The use of piperacillin-tazobactam as definitive therapy for bloodstream infections caused by E. coli or K. pneumoniae with non-susceptibility to third-generation cephalosporins was inferior to meropenem and should be avoided in this context,” presented study author Dr Patrick Harris from The University of Queensland Centre for Clinical Research in Queensland, Australia at the 28th European Congress of Clinical Microbiology and Infectious Diseases (ECCMID 2018).

Of the 1,646 patients screened in this multinational (32 centres in nine countries), open-label, noninferiority trial, 379 adults with bloodstream infections caused by third-generation cephalosporin non-susceptible E. coli or K. pneumonia were randomized within 72 hours of a blood culture collection to receive piperacillin-tazobactam (4.5 g every 6 hours; n=188) or meropenem (1 g every 8 hours; n=191) for ≥4 days.

A majority of the patients were from Singapore (40.6 percent), followed by Australia (22.4 percent) and Turkey (12.1 percent). More than half of the bloodstream infections were healthcare-associated (56.4 percent), were mostly due to E. coli (86.5 percent), and began in the urinary tract (60.9 percent).

Incidence of subsequent infections due to carbapenem-resistant gram-negative organisms or Clostridium difficile was comparable between patients who received piperacillin-tazobactam and meropenem.

“We found quite a significant difference in the primary outcome for mortality,” said Harris. “We were hoping that we would find that these two drugs [piperacillin-tazobactam and meropenem] were equivalent. There has been some observational data over the last few years that suggest that they might be safe and they might be an alternative to carbapenems.”

“Carbapenems are great antibiotics, but over the years there has been increasing use of carbapenems and probably the greatest antibiotic threat that we face at the moment is carbapenem resistance in our common gram-negative [bacteria],” said Harris, highlighting the need for alternatives to reduce reliance on carbapenems for severe infections.

“It is in a way a bit of a disappointing result but it highlights the sort of studies we need to be doing to answer these questions and we really need to try hard to seek these carbapenem-sparing alternatives but test them in a very rigorous way,” he concluded.