Men with SLE at increased risk of coronary artery calcifications
05 Jun 2018
Men with systemic lupus erythematosus (SLE) are more likely to develop coronary artery calcifications (CAC) than age- and sex-matched controls, a recent study has shown. Such risk among patients with SLE is associated with older age, increasing chronic damage and cumulative dose of corticosteroids. 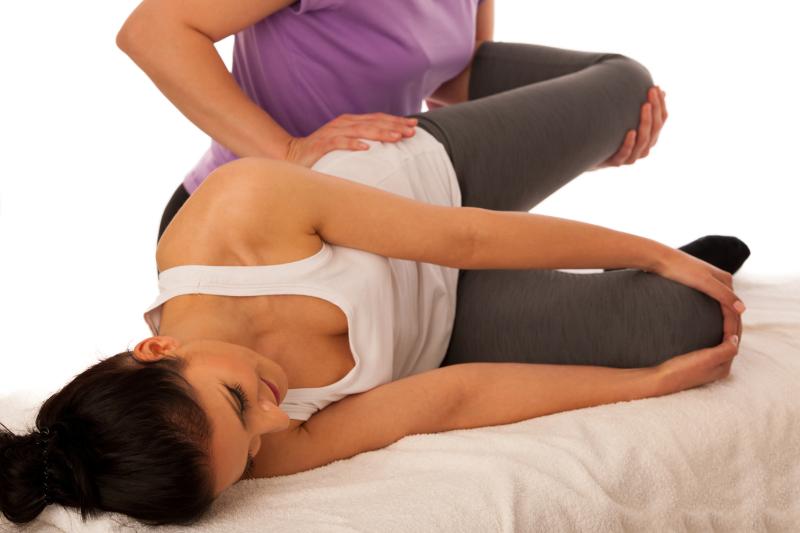 For patients with osteoarthritis (OA) of the knee, physical therapy confers greater pain relief and functional improvement compared with intra-articular glucocorticoid injection, a study has shown.

In a randomized controlled trial of 156 patients (mean age, 56 years; 48.1 percent female) with OA in one or both knees, those who underwent physical therapy (n=78) achieved a significant reduction in total score on the Western Ontario and McMaster Universities Osteoarthritis Index (WOMAC; range, 0 to 240, with higher scores indicating worse pain, function, and stiffness), from a mean of 107.1 at baseline to 37.0 at the first year follow-up. [N Engl J Med 2020;382:1420-1429]

Among patients who received glucocorticoid injection (n=78), on the other hand, mean total WOMAC score decreased from 108.8 to 55.8. The between-group difference was 18.8 points (95 percent confidence interval, 5.0–32.6), in favour of physical therapy.

There were no adverse events documented, except for a single patient who fainted while receiving a glucocorticoid injection.

Patients in the physical therapy group underwent up to eight treatment sessions of manual therapy and exercise over the initial 4-to-6-week period, with the option to attend an additional one to three sessions at the time of the 4-month and 9-month reassessments. Those in the glucocorticoid group received an injection of 1 ml of triamcinolone acetonide (40 mg/mL) and 7 ml of 1% lidocaine. Patients could receive up to three injections over the 1-year trial period, at the discretion of the clinician.

“The results of our trial are consistent with those of previous trials, which suggest that the short-term improvement expected with glucocorticoid injection can also be seen with physical therapy; however, treatment effects of physical therapy persist for a year,” the investigators said. [Phys Ther 2005;85:1301-1317]

The needle should come second

“Intra-articular glucocorticoid injections are commonly used … partly because they are easy to administer, they involve fewer visits than other treatments, and patient adherence is not an issue. But benefits may be short-lived, and adverse effects on the joint have been reported, including a small increase in loss of cartilage volume of uncertain clinical relevance,” the investigators explained. [Int J Surg 2017;39:95-103]

“In contrast, physical therapy, including exercise … requires patient participation and investment of time. [However], it is noninvasive, has negligible adverse effects, and may have longer-lasting benefits than glucocorticoid injections,” they added.

In a linked editorial, experts pointed out that while the present trial puts forth evidence to support a greater benefit with physical therapy than with glucocorticoid injection, the findings do not dismiss a role for joint injection for treating a flare of acute pain. [N Engl J Med 2020;382:1470-1471]

“Challenges remain as to how to change the referral behaviour and treatment decisions of clinicians and how to provide health service models that offer nondrug and nonsurgical approaches in the treatment of patients with OA of the knee,” Bennell and Hunter said.

Men with SLE at increased risk of coronary artery calcifications
05 Jun 2018
Men with systemic lupus erythematosus (SLE) are more likely to develop coronary artery calcifications (CAC) than age- and sex-matched controls, a recent study has shown. Such risk among patients with SLE is associated with older age, increasing chronic damage and cumulative dose of corticosteroids.