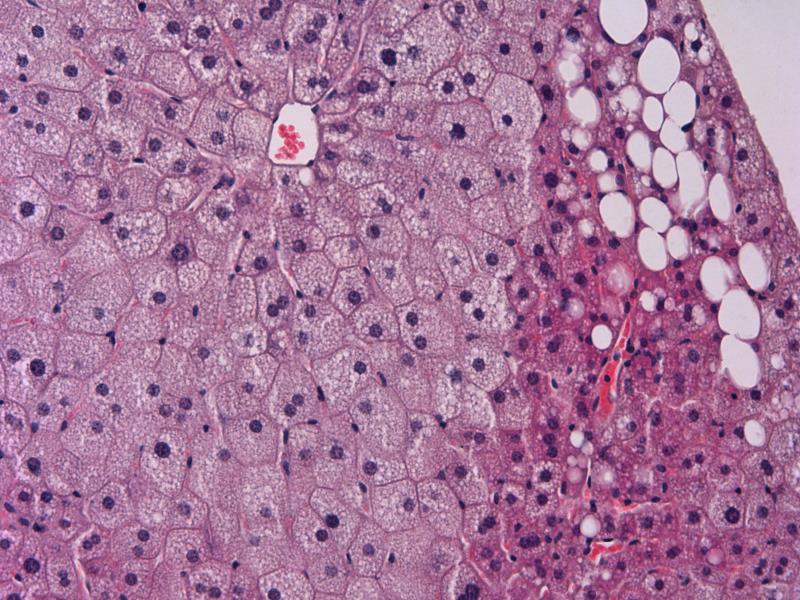 In individuals with biopsy-confirmed nonalcoholic steatohepatitis (NASH) with fibrosis, the reductions in liver fat content (LFC) with efruxifermin correlated with improvements in markers of liver injury, fibrosis, metabolic parameters, and histologic features, according to updates from the phase IIa BALANCED study presented at ILC 2021.

“[These imply that] efruxifermin has the potential to significantly improve all aspects of the pathophysiology of NASH with fibrosis,” said the researchers.

“Efruxifermin showed trends to reverse cirrhosis on semiquantitative histopathologic assessment with significant reductions in key noninvasive markers of liver injury and fibrosis, and improved markers of glucose and lipid metabolism [in F4 NASH patients], consistent with the results of the main study in F1–F3 NASH patients,” the researchers explained. These suggest that the benefit of efruxifermin may extend to those who are at the greatest risk of progressing to end-stage liver disease.

ALT: A predictor of NASH resolution?

Collectively, findings from these analyses underscore the potential of efruxifermin to modify the course of NASH progression.