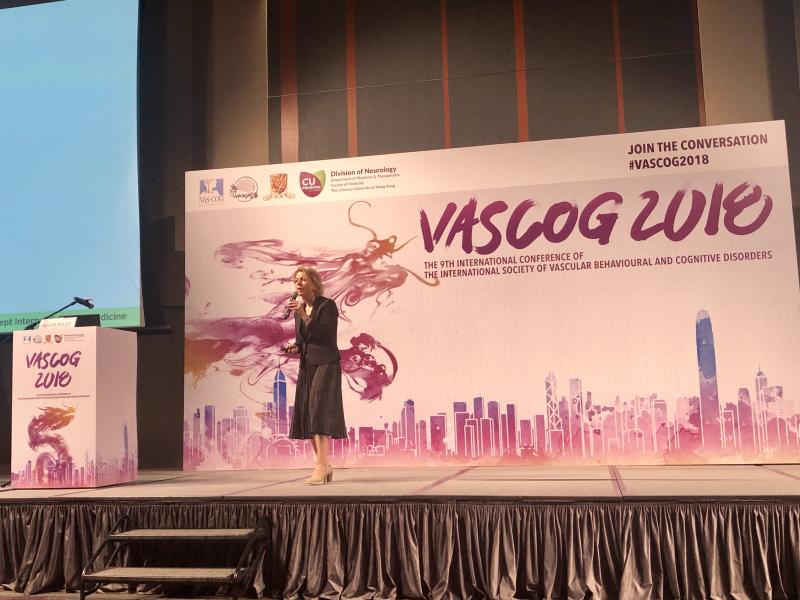 Pharmacological management of vascular cognitive impairment (VCI) is a balancing act when it comes to the use of antihypertensives, statins and oral anticoagulants (OACs), according to Professor Majon Muller of the Department of Internal Medicine, Amsterdam University Medical Center, the Netherlands, who spoke at VasCog 2018 held in Hong Kong.

Although preliminary results from the SPRINT MIND study showed reductions in mild cognitive impairment (MCI) and dementia with intensive vs standard blood pressure (BP) lowering in older adults (mean age, 67.9 years) with hypertension, the trial excluded patients with a history of stroke and those with dementia or cognitive impairment, Muller pointed out. [Alzheimer’s Association International Conference 2018]

“SBP decreases in the 10–15 years before death in individuals dying at the age of ≥60 years. The decrease is observed mainly in patients with dementia, heart failure or weight loss,” noted Muller. [JAMA Intern Med 2018;178:93-99]

With regard to the use of statins, a recent meta-analysis found significant reductions in risks of all-cause dementia, Alzheimer’s disease and MCI, but no effect on vascular dementia. [Sci Rep 2018;8:5804]

In the PROSPER trial in individuals aged 70–82 years at risk of vascular disease, pravastatin was effective in secondary prevention of cardiovascular (CV) events, but no effect was seen on stroke risk, progression of white matter hyperintensities, or cognitive decline. [Lancet 2002;360:1623-1630]

“When statins are used for primary prevention of CV events, the number-needed-to-treat is high,” said Muller. “If patients have mobility issues, muscular AEs associated with statins may contribute to a further decrease in mobility. Whether statins should be used in VCI therefore remains a question, and treatment should be stopped or switched in case of AEs.”

“Cerebral microbleeds are prevalent in older individuals, but their presence is not a reason to stop OAC therapy. In such cases, re-evaluate the need for OACs based on risk scores and clinical characteristics, and switching to novel OACs may be an option,” Muller advised.

The time until benefit and patients’ life expectancy are also important considerations in the choice of medications, she added. “In patients with dementia, life expectancy is reduced regardless of age compared with individuals without dementia. The reduction in survival is more striking among younger patients,” she said. [Alzheimers Res Ther 2018;10:23]