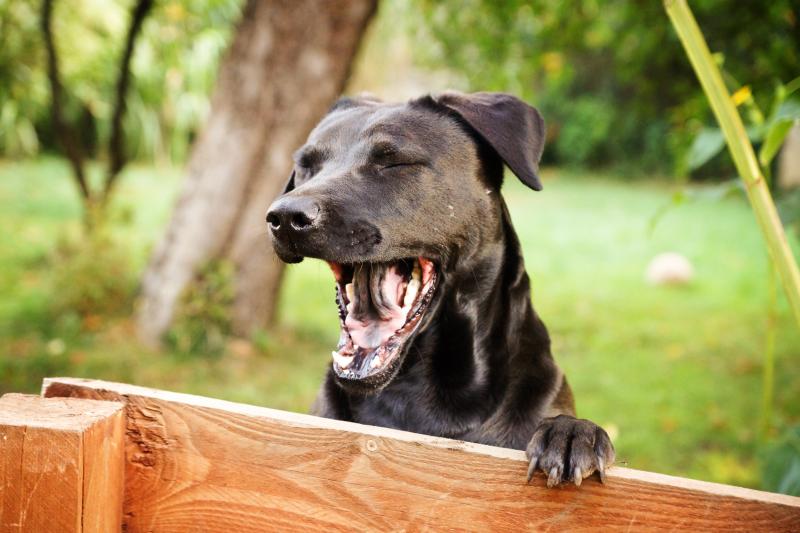 Dogs catch yawns more easily from their owners than from strangers.

Cognitive decline may be slower among older adults who have been long-time pet owners, reports a study presented at the recently concluded Annual Meeting of the American Academy of Neurology (AAN 2022).

“Despite increasing evidence in support of potential health benefits of pet ownership, relationships between pet ownership and long-term cognitive health have been insufficiently examined,” the researchers said. “Findings of this study provide a fundamental step to increase our understanding of how sustained relationships with companion animals could contribute to cognitive health.”

A total of 1,369 older adults were enrolled from the Health and Retirement Study (HRS), a nationally representative cohort of US adults aged ≥50 years. Pet ownership and duration were determined during the 2012 HRS wave.

Cognitive assessments were performed from 2010 to 2016 and involved a backwards count test, a serial seven subtraction test, and an immediate and delayed 10-noun free recall test, resulting in a 27-point composite score. Those who were deemed to have impaired cognition at 2010 by HRS algorithms were ineligible for inclusion.

At baseline, 53.0 percent of the cognitively healthy participants owned pets. Over the next 6 years, cognitive function score dropped by 0.21 points more in older adults who did not vs did own pets. However, the resulting estimate, as obtained though mixed effects models, was not statistically significant (beta, 0.21; p=0.08). [Shieu M, et al, AAN 2022]

Of note, subsequent stratified analysis showed that duration had a strong impact on the interaction between pet ownership and cognitive function.

In particular, older adults who had had pets for >5 years showed 1.2-point higher cognitive composite scores after 6 years than counterparts who had never owned pets (beta, 1.2; p=0.03). Long-term pet ownership was even more beneficial for participants who were Black, college-educated, and men.

There were also notable baseline differences between pet owners and nonowners. Hypertension, for example, was less common in the former (44.0 percent vs 49.2 percent), while depression was more frequent (23.8 percent vs 14.0 percent). Pet owners also tended to be of higher socioeconomic status.

The present findings add to the growing literature regarding the benefits of companion animals on mental and cognitive health. In 2018, a systematic review of 17 studies found that despite imposing practical burdens, pets nevertheless provided emotional benefits to people suffering from mental health conditions. [BMC Psychiatry 2018;18:31]

"As stress can negatively affect cognitive function, the potential stress-buffering effects of pet ownership could provide a plausible reason for our findings," said study author Tiffany Braley, Director, Division of Multiple Sclerosis and Neuroimmunology at the University of Michigan Medical Center.

"A companion animal can also increase physical activity, which could benefit cognitive health,” she added. “That said, more research is needed to confirm our results and identify underlying mechanisms for this association."