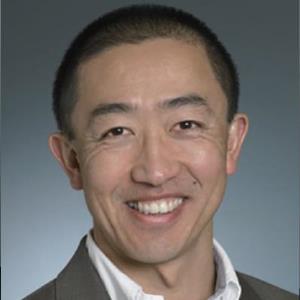 In addition to a stepwise treatment approach, the Global Initiative for Asthma (GINA) guidelines also emphasize personalized management of asthma patients. At a recent webinar, Professor Greg King of the University of Sydney Northern Clinical School, Sydney, Australia, discussed the importance of establishing an accurate diagnosis and adopting personalized management of asthma, as supported by two patient cases.
Insights from GINA guidelines

“Asthma is a heterogeneous and complex disease with much variation between patients. Its clinical manifestations may be due to a mix of clinical, physiological, inflammatory/cellular, and genetic factors,” noted King. “My most important take from the latest GINA guidelines is its emphasis on diagnosis confirmation and personalized management of asthma, as the former determines the underlying causes of asthma symptoms and hence treatment.” [2020 GINA Report, Global Strategy for Asthma Management and Prevention: https://ginasthma.org/gina-reports/]

“While an accurate diagnosis of asthma is crucial, it is often difficult and is a commonly encountered problem in clinical practice. For example, asthma patients with coexisting hyperperception of asthma, breathing pattern disorder or bronchitis are often seen in my practice,” he said. “In contrast, patients with severe asthma are uncommonly seen.”

As illustrated by patient cases presented in the webinar, the complexity of asthma highlights the importance of personalized management in addition to following guideline recommendations.

A 54-year-old male with shortness of breath and wheeze in winter presented for regular follow-up. Previously, he had symptoms only occasionally and was treated with as-needed salbutamol. The patient also had hay fever, sinusitis and paroxysmal nocturnal dyspnoea. His father and son were also asthmatic.

At follow-up 2 months later, the patient reported stopping fluticasone in view of largely asymptomatic disease. His eosinophil count was 0.1 x 109/L. In spite of his mild and well-controlled disease, the patient had high PEF variability (250–370 L/min; variability, 32 percent). In addition, his forced expiratory volume in 1 second-to-forced vital capacity (FEV1/FVC) ratio was 48.5 percent (predicted, 78.7 percent), which indicated obstructive lung disease and confirmed the diagnosis of asthma. (Table) The results also suggested that the patient was a poor perceiver of asthma symptoms, as the spirometry tests were conducted on the day when he was his “usual self”. Treatment was switched to ciclesonide 160 µg once daily. The patient was also educated about the disease.

Although the patient reported no symptoms, not much PEF improvement was observed at the follow-up visit 4 months later (variability, 28 percent). He was switched to regular inhaled corticosteroid/long-acting β2-agnoist (ICS/LABA) combination of fluticasone furoate/vilanterol 200/25 µg once daily.

At a follow-up visit 3 months later, his PEF became 300–350 L/min with low variability. The patient reported shortness of breath on exertion. One episode of moderate exacerbation (PEF, 200 L/min) was noted, and ciclesonide was added as per the treatment plan. Spirometry test showed reduction in post-bronchodilator FEV1.

The patient was a poor perceiver of symptoms and had severe, adult-onset, non-eosinophilic asthma requiring progressive treatment step-up. He had bronchodilator response and high PEF variability for >1 year before developing fixed airflow obstruction. Notably, the patient did not respond well to ICS, which could be partly explained by his ongoing hay fever and low eosinophil count.

As-needed treatment might not be optimal for this patient in view of his poor perception of asthma symptoms. Personalized treatment with regular ICS/LABA combination therapy was therefore administered.

A 79-year-old male was admitted to hospital for increasing wheezing, cough and shortness of breath 1 year ago. He was obese (BMI, 34 kg/m2), and had been on various medications for multiple comorbidities. Prior to admission, the patient had been using as-needed salbutamol for treatment of wheeze for 6 months. His eosinophil level was 0.3 x 109/L. He was treated with nebulized bronchodilator and short-burst oral corticosteroids. The patient was subsequently discharged and was well at follow-up.

He was readmitted 1 year later for increasing cough, wheezing and shortness of breath. Chest X-ray was clear. Blood test showed elevated eosinophil count of 1.4 x 109/L. His FEV1 was reduced compared with 1 year ago (from 2.33 L to 2.03 L).

The diagnosis was likely adult-onset eosinophilic asthma. Confirmation of diagnosis, as well as assessment of the patient’s perception of airway narrowing and disease severity, were required to guide management. Treatment selection should be based on future risks of exacerbation and worsening of lung function.

“PEF measurement is simple but crucial, as PEF variability is an important feature of allergic asthma,” said King. “When making a diagnosis, clinicians should also consider other asthma modifying factors, such as patients’ perception of airway narrowing, smoking history, obesity, bronchitis, rhinosinusitis and anxiety. Notably, around one-sixth to one-fifth of asthma patients were found to be poor perceivers, while another one-sixth were over-perceivers.” [J Allergy Clin Immunol 2020, doi: 10.1016/j.jaip.2020.03.045]

Regular use of ICS in asthma

“The SYGMA 1 study also demonstrated that regular use of ICS was superior to as-needed treatment for symptom control in patients with mild asthma,” he added. [N Engl J Med 2018;378:1865-1876]

“Management of asthma is more than just prescribing ICS/LABA. It requires a personalized approach consisting of accurate diagnosis, thorough characterization, and monitoring,” he concluded. “Regular and as-needed ICS or ICS/LABA therapies provide different effects and benefits. It is all about rational prescription based on thorough characterization.”