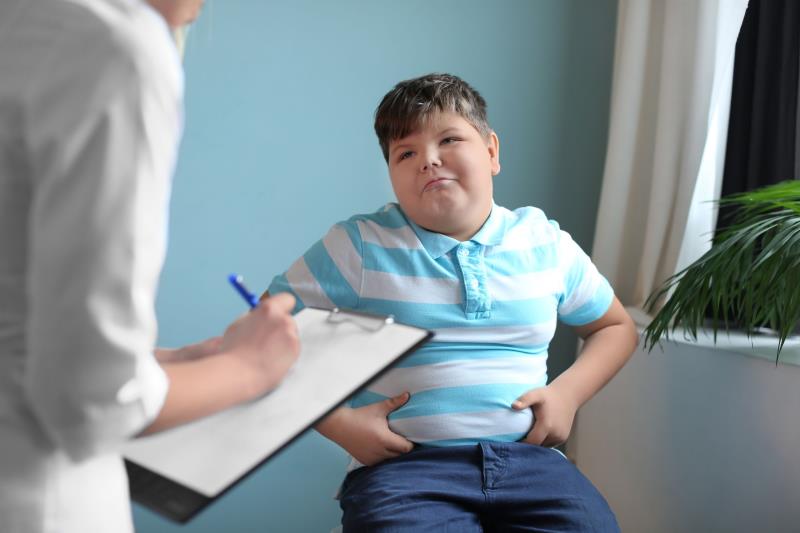 Children with overweight or obesity risk developing future type 2 diabetes (T2D) by threefold in the presence of persistent elevations in alanine aminotransferases (ALT), according to a study presented at the 54th Annual Meeting of the European Society for Paediatric Gastroenterology, Hepatology and Nutrition (ESPGHAN 2022).

The association between persistent elevated ALT and the future risk of T2D is independent of sex, weight status, and the presence of impaired fasting glycaemia at baseline, said lead investigator Resthie Rachmanta Putri, a doctoral candidate at Karolinska Institutet in Stockholm, Sweden.

At baseline, ALT was persistently elevated in 5.2 percent of the children, fluctuating in 57.7 percent, and persistently normal in 37.1 percent. Persistent elevated ALT was defined as ALT levels that were equal to or greater than twice the upper reference level (URL)—22 U/L for girls and 26 U/L for boys—for at least 6 months. ALT levels that were equal to or less than the URL for at least 6 months were categorized as persistently normal. Levels that did not meet either criterion were defined as fluctuating ALT.

The findings, according to Putri, highlight the importance of monitoring liver function in the management of paediatric obesity and its complications.

The numbers are particularly shocking, and its implications, bleak. Obesity can lead to a range of related noncommunicable diseases, such as T2D, cardiovascular disease, stroke and cancer, as well chronic diseases including musculoskeletal disorders, according to WHO. [https://www.who.int/news-room/questions-and-answers/item/obesity-health-consequences-of-being-overweight]

While there is still much work to do, academic studies of obesity interventions globally are being conducted to prevent the complications of obesity in children. Two studies presented at ESPGHAN 2022 specifically explored supplementation with synbiotic and a short-chain fatty acid to move the children out of the overweight or obese zone.

In the PROBESITY-2 trial involving 61 obese children aged 8–17 years (all were fed a standard diet and had increased physical activity), the daily intake of a multispecies synbiotic (combination of five probiotic strains plus fructo-oligosaccharides) for 12 weeks produced greater improvements in body weight, body mass index (BMI), waist circumference, and waist/height ratio compared with placebo at the end of the intervention. [ESPGHAN 2022, abstract N-P-105]

However, there were no significant changes seen in glucose metabolism, lipid parameters, and nonalcoholic fatty liver disease (NAFLD) presence.

According to the principal investigator, Prof Ener Cagri Dinleyici of the Eskisehir Osmangazi University Faculty of Medicine, Eskisehir, Turkey, the observed effects might be synbiotic product-specific. He called for further studies to examine the long-term clinical effect of the synbiotic.

BAPO included 27 children aged 7–16 years with a BMI >95th percentile for gender and age. Treatment was given in addition to standard care, which involved tailored dietary patterns based on the principles of the Mediterranean diet, physical activity, sedentary behaviour limitation, and sleep duration/quality optimization.

Lead study author Serena Coppola of the University of Naples Federico II in Naples, Italy, pointed out that the beneficial effects of butyrate, a short chain fatty acid, “may be partly mediated by a synergistic modulation of microbiome, epigenetic mechanisms, and hormonal regulation of food intake.”

When asked whether the team screened their patients for mood disorders due to butyrate having been shown to have an effect on the central nervous system, Coppola responded that they excluded children with depression or any mood disorders. She and her team are planning to perform a study on children with autism spectrum disorder to explore such effects of butyrate.