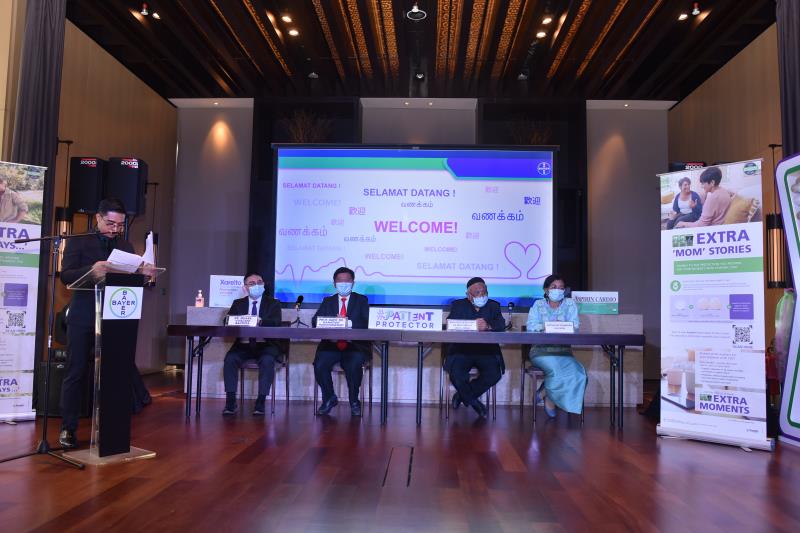 “More than 70 percent of the world’s new PAD cases between 2010 and 2015 came from Asia-Pacific countries,” said Hanafiah, adding that Asians seemed to be prone to PAD at a younger age, due to their artery size being narrower on average. [Lancet Glob Health 2019;7:e1020–e1030]

Speaking at a recent media event in Kuala Lumpur on the development of rivaroxaban for PAD treatment, Hanafiah noted that PAD is commonly due to the development of atherosclerotic plaque in the legs, arms, neck or kidneys, causing the slow narrowing of blood flow in the area. This can eventually lead to complete blockage, resulting in critical limb ischaemia and gangrene.

While lifestyle changes and pharmacological treatment can prevent or slow the onset of severe PAD by maintaining healthy arterial blood flow, many patients are initially asymptomatic, creating challenges for early intervention, said Hanafiah. He added that overlooking PAD has led to ‘avoidable problems’ in patients receiving treatment for gangrene but not for underlying PAD, often resulting in further upper limb atrophy during the patient’s recovery period.

“It is not uncommon that patients with PAD need to undergo a lower limb amputation, with or without previous revascularization attempts,” said Hanafiah. “The impact of the amputation and disease goes beyond physical disability and financial burden for treatment … clinical reports have indicated that a significant number of lower limb amputees experience psychological adjustment problems.”

“There is an urgent need to address the unmet needs and disease burden for patients suffering from PAD,” said Datuk Dr Zanariah Hussein, consultant endocrinologist at Hospital Putrajaya and Malaysian Endocrine and Metabolic Society (MEMS) president. “Early diagnosis is advisable, and this can be easily done using basic clinical examination and administered by general practitioners or nurses.”

According to Prof Dr Wan Azman Wan Ahmad, senior consultant cardiologist at UM Specialist Centre (UMSC) and president of the National Heart Association of Malaysia (NHAM), the development of antithrombotic drugs such as rivaroxaban has improved the prognosis for patients with PAD.

“Previously, our only options were anticoagulants such as warfarin which came with several logistics issues, such as a small therapeutic window, food interactions, and the need for frequent monitoring,” said Wan Azman. “Antiplatelets such as aspirin also showed only modest reductions as they did not affect fibrin production in the clotting process … however, dual-pathway inhibition with aspirin and rivaroxaban has shown effectiveness in improving PAD outcomes.” [N Engl J Med 2017;377:1319–1330; 2020;382:1994–2004]

“On top of available treatments for PAD, patients are advised to adopt a healthy lifestyle and consult their HCPs for proper screening and diagnosis for prevention and early detection,” Wan Azman added.

Hanafiah, Zanariah, and Wan Azman were speaking at a media event organized by Bayer Malaysia.