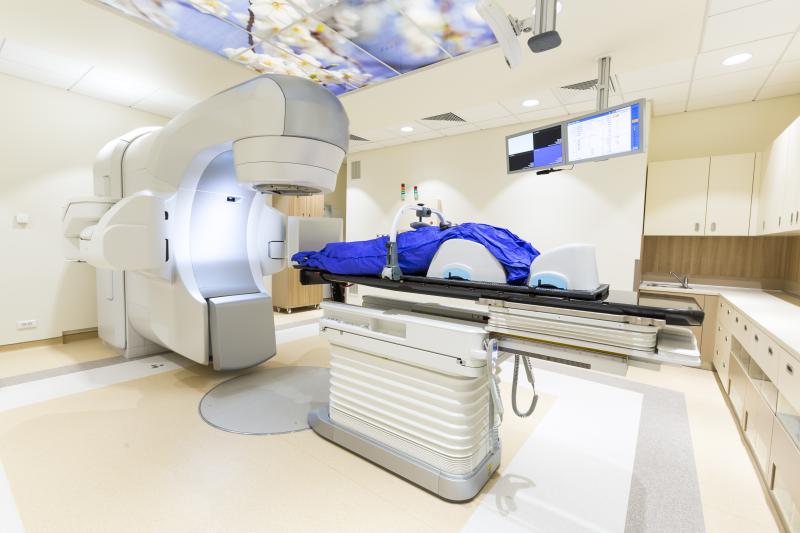 “We successfully developed a nomogram and web-based calculator that could predict survival benefit with the addition of RT for these patients,” the authors said.

The study sought to establish whether perioperative pelvic RT could improve outcomes in stage IV rectal cancer patients treated with primary surgical resection and systemic chemotherapy and to determine the predictors for selection of patients for these strategies.

The Surveillance, Epidemiology, and End Results (SEER) database was searched for patients diagnosed between 2010 and 2015 with stage IV rectal cancer but without brain or bone metastases. A total of 26,132 patients met the eligibility criteria for analysis. Finally, the authors used propensity score matching to balance the individual characteristics of the participants.

Of the included patients, 3,283 (12.6 percent) received perioperative RT. The 3-year OS rate was significantly higher in the surgery with RT group than in the surgery alone group (50.5 percent vs 43.6 percent; p<0.001). The survival benefit of RT persisted after propensity score matching and multivariate adjustment (hazard ratio, 0.70, 95 percent confidence interval, 0.66–0.81; p<0.001).

Of note, a significant association was observed between RT and the presence of lung metastasis (p<0.001) in interaction testing of the prognostic variables. The benefit of RT was seen only in patients with no lung metastases (3-year OS: 52.1 percent vs 44.1 percent; p<0.001), but it was observed regardless of liver metastases.

The authors also developed a web-based calculator (http://bit.do/mRC_surv) that could individually estimate the OS benefit among patients based on the receipt of perioperative pelvic RT.