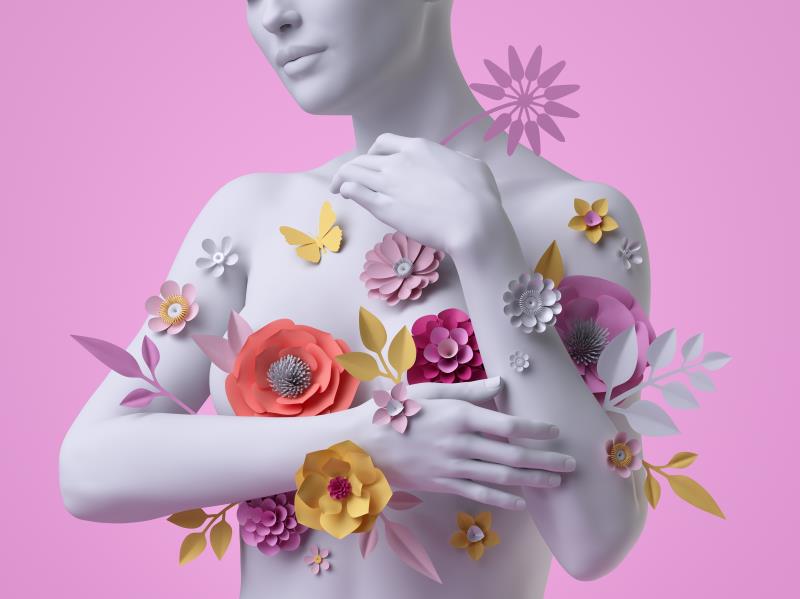 The addition of the anti-PD-1* monoclonal antibody pembrolizumab to platinum-based neoadjuvant chemotherapy (CT) led to a significant increase in the proportion of women with early triple-negative breast cancer (TNBC) who had a pathological complete response (pCR), the phase III KEYNOTE-522 trial has shown.

Compared with placebo, a higher fraction of pembrolizumab recipients had a pCR during the primary interim analysis (64.8 percent vs 51.2 percent; estimated treatment difference, 13.6 percent; 95 percent confidence interval, 5.4–21.8; p<0.001). This benefit was consistent across subgroups, including PD-L1**-expression subsets.

“[P]atients with a pCR after neoadjuvant therapy have longer event-free … and overall survival,” said the researchers. The findings thus reinforce data reflecting a strong association between pCR and improved survival in women with TNBC after receiving neoadjuvant CT. [Lancet 2014;384:164-172]

The incidence of grade >3 treatment-related adverse events (TRAEs) was numerically higher with pembrolizumab vs placebo (78 percent vs 73 percent), as were serious TRAEs (32 percent vs 20 percent) and AEs of interest (39 percent vs 18 percent).

The AEs tied to pembrolizumab were consistent with its known safety profile, noted the researchers. “The addition of pembrolizumab did not increase CT-related toxic effects such as myelosuppression, nausea and vomiting, renal insufficiency, and neuropathy.”

“[The differences] may be related to the different drugs or inhibition pathways, disease stages, PD-L1 assays, or all these factors,” said the researchers. “[The similarities with previous] results suggest that immune checkpoint inhibitors added to neoadjuvant CT may increase the percentage of patients with TNBC who have a pCR.”

The researchers consider the inclusion of platinum CT recipients as a key strength of the study. “[This allowed for] the direct comparison [between] pembrolizumab-CT [and] neoadjuvant CT that has been associated with the highest [pCR rate in this setting].”

However, the most appropriate duration of pembrolizumab therapy remains unclear. “Another prospective trial would be required to answer this question,” said the researchers.

Moreover, the short follow up precluded the assessment of long-term survival and safety which, as per the researchers, are important considerations in patients receiving potentially curative treatment. Further analyses are underway to evaluate long-term outcomes and to identify potential molecular biomarkers that might predict clinical responses to pembrolizumab, they added.