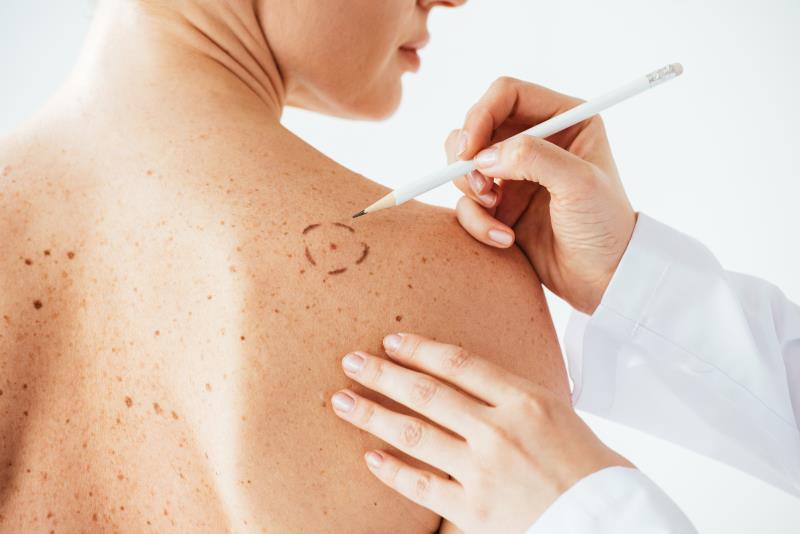 “These results are set to substantially change the population of melanoma patients who get treated in the adjuvant setting,” said Luke.

Recurrence occurred in 11.1 and 16.8 percent of patients in the pembrolizumab and placebo groups, respectively, with 23 and 38 distant recurrence events (4.7 percent vs 7.8 percent), respectively. At 12 months, RFS rates were 90.5 and 83.1 percent, respectively.

Immune-mediated AEs occurred in a greater proportion of pembrolizumab than placebo recipients (36.2 percent vs 8.4 percent). The most common immune-mediated AEs were thyroid abnormalities ie, hypothyroidism (15.7 percent vs 3.5 percent) and hyperthyroidism (10.4 percent vs 0.6 percent), though these were predominantly grade 1–2 in severity. About 20 percent of pembrolizumab recipients received long-term hormonal therapy to manage endocrine toxicities.

“The US FDA is now examining this drug for the adjuvant treatment of stage IIB and IIC melanoma which, if approved, means we would be introducing immunotherapy earlier in the patient journey. This has the potential to spare patients recurrence and metastases,” commented Dr Omid Hamid, Chief of Research/Immuno-Oncology at The Angeles Clinic and Research Institute, a Cedars-Sinai Affiliate, Los Angeles, California, US, who was not affiliated with the study.

“There has been a belief that early-stage melanoma doesn’t recur very fast and that these patients don’t develop metastatic disease,” added Luke. “These data clearly disprove that and show that patients with high-risk stage II melanoma recur quickly and distantly, just the same as patients with stage IIIA and IIIB. Treatment with pembrolizumab reduced that in a meaningful and statistically significant way, indicating that these stage II patients should be offered adjuvant therapy.”

Nonetheless, it remains to be seen which patients are best suited for adjuvant treatment, he said. “Historically we have defined high-risk patients after surgery as those with lymph node positive disease. In the future we will need to reconsider how we incorporate sentinel lymph node biopsy into our risk stratification,” he said.

Additionally, dose frequency and duration of adjuvant treatment need to be determined, noted Hamid. “[W]hile the incidence of grade 3 or 4 toxicity was minimal, side-effects could potentially have a significant impact on the lifestyle of these patients,” he continued. Luke also suggested that potential side effects of previous regimens may have been a deterrent to providing adjuvant treatment in patients with stage II disease.