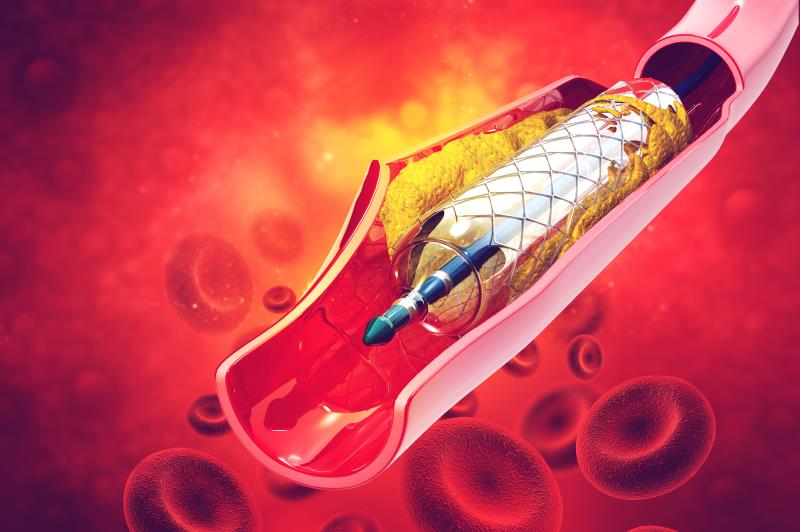 Primary percutaneous coronary intervention (pPCI) is as good as conservative management in terms of the benefit for in-hospital mortality among ST-segment elevation myocardial infarction (STEMI) patients receiving maintenance dialysis, a study has found.

The study used data from the National-Inpatient-Sample (2016-2018) and included all adult hospitalizations with a primary diagnosis of STEMI. Researchers estimated the average treatment effect of pPCI using propensity score matching within end-stage renal disease (ESRD) and non-ESRD groups, while they calculated the average marginal effect by accounting for the clustering within hospitals.

The study was limited by the use of administrative data, the lack of pharmacotherapy and long-term outcome data, and residual confounding.