PARTNER 3: TAVR benefit persists at 1 year in low-risk patients with severe AS 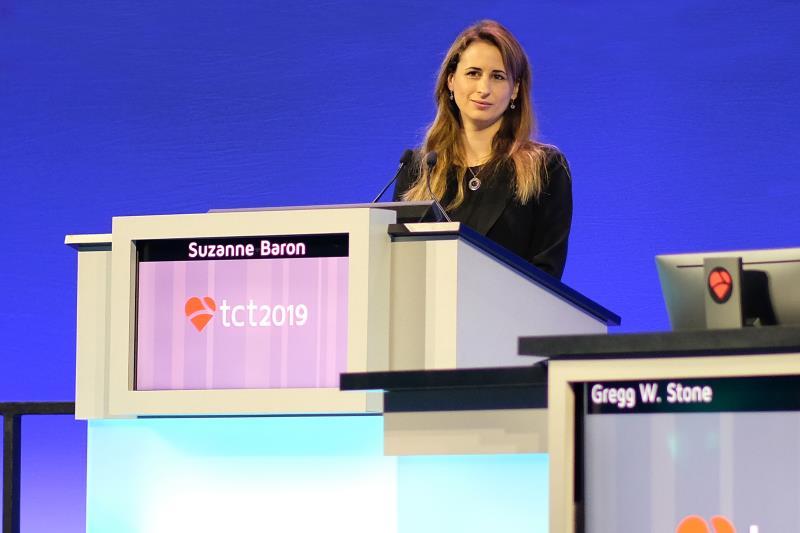 “When compared with SAVR, TAVR was associated with significantly improved disease-specific health status not only at 1 month, but also at 6 and 12 months,” said Dr Suzanne Baron from Interventional Cardiology Research at Lahey Hospital and Medical Center in Burlington, Massachusetts, US.

The PARTNER 3 trial enrolled 950 patients with severe AS (mean age 73 years) who were at low surgical risk (mean STS** risk score of 1.9 percent). Participants were randomly assigned to undergo either transfemoral TAVR using the SAPIEN 3 balloon-expandable valve (n=496) or SAVR (n=454). Disease-specific health status domains, such as physical and social limitations, symptoms, and quality of life, were assessed using KCCQ*** at 1, 6, and 12 months. The primary endpoint of the study was the change in KCCQ-overall summary (OS) score through 1 year. [TCT 2019, abstract LBT4; J Am Coll Cardiol 2019;doi:10.1016/j.jacc.2019.09.007]

At 1 month, patients who underwent TAVR achieved a significantly better disease-specific health status, as determined by higher KCCQ-OS score, compared with those who had SAVR (mean difference in KCCQ-OS score, 16.0 points; p<0.001).

When both survival and health status were analysed, a large clinical improvement (KCCQ-OS score ≥20-point increase) was observed among patients who received TAVR than SAVR at 6 (p=0.015) and 12 months (p=0.030).

“Indeed, the theory that the persistent 1-year health status benefit with TAVR is driven by the greater proportion of TAVR patients who demonstrated a large improvement in the KCCQ-OS,” the researchers said. [J Am Coll Cardiol 2019;doi:10.1016/j.jacc.2019.09.007]

In a subgroup analysis of patients stratified by NYHA+ class, those with NYHA class III or IV symptoms had a significantly greater benefit from TAVR than those classified as NYHA class I or II symptoms at 12 months (mean difference in KCCQ-OS score, 5.0 vs 0.7 points; p=0.020).

“It is noteworthy that substantial improvement was still observed in low-risk patients, despite most patients having only NYHA class I or II symptoms at baseline,” said the researchers. “Thus, these findings demonstrate that low-risk AS patients with even minimal symptoms can still derive important health status benefits from valve replacement.”

“This is the first randomized trial to demonstrate a persistent, albeit modest, disease-specific health status advantage with TAVR at 6 and 12 months – timepoints at which patients are assumed to have recovered fully from surgery,” said Baron, who also suggested that “further studies are needed to evaluate the durability of health status benefits with TAVR compared with SAVR beyond 1 year in this low-risk population”.

“PARTNER 3 trial … support the use of TAVR in patients with severe AS at low surgical risk,” she concluded.

*PARTNER 3: The safety and effectiveness of the SAPIEN 3 transcatheter heart valve in low risk patients with aortic stenosis