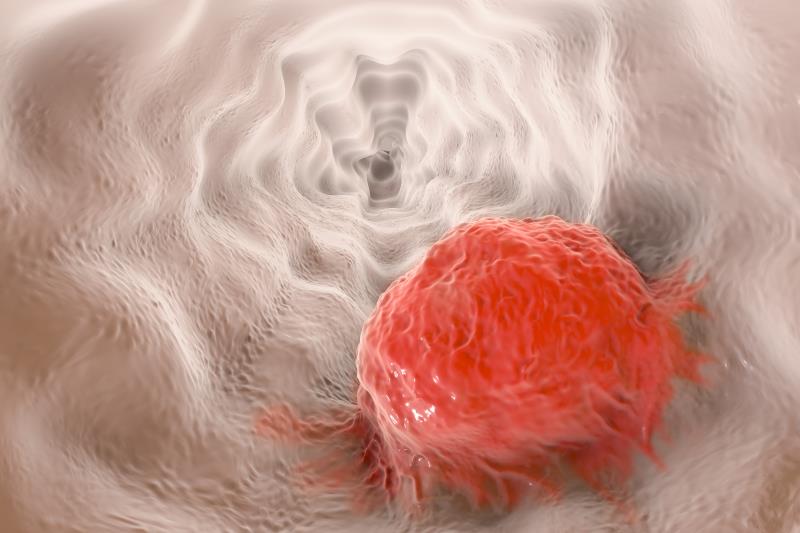 Hospitalization and re-intervention following insertion is not uncommon, raking in additional costs. These impose a significant burden on both resources and a vulnerable patient group. Combining SEMS with other therapies may reduce this burden, the researchers noted. “[Our findings suggest that adjuvant] RT after SEMS insertion does not reduce dysphagia deterioration and adds significantly to the cost of treatment.”

The team compared the efficacy of adjuvant RT with UC in 220 individuals with incurable ESCA***. Participants were randomized 1:1 to receive usual care (UC), either alone or with external beam radiotherapy (EBRT) after SEMS insertion. [Lancet Gastroenterol Hepatol 2021;6:292-303]

Median time to first bleeding event or hospital admission for a bleeding event was longer with EBRT vs UC (65.9 vs 49.0 weeks; adjusted subhazard ratio, 0.52; p=0.038). “[This] suggests that RT could be considered for a minority of patients deemed at increased risk of tumour bleeding rather than for all patients, to minimize bleeding risk and the need for associated interventions,” said the researchers. “[However, this] warrants further investigation.”

Should NOT be routinely recommended

“[We] developed ROCS in response to a UK NIHR# call for research proposals into aspects of palliation, and aimed to address uncertainties in the evidence base for interventions combined with SEMS,” said the researchers.

“[Our findings] show that when stent insertion is required to palliate dysphagia, most patients will not additionally benefit from locoregional RT … This should not be routinely offered,” they stressed. Despite its benefit for patients with high bleeding risk, this should be carefully weighed against its risks, they pointed out.

“Most [ESCA] patients present with incurable disease … Our study highlights the considerable unmet needs of this patient group. We hope our findings will challenge upper gastrointestinal services to establish better evidence in this field on other combination therapies and how multidisciplinary support can help patients and families negotiate symptom burden and improve QoL,” they concluded.