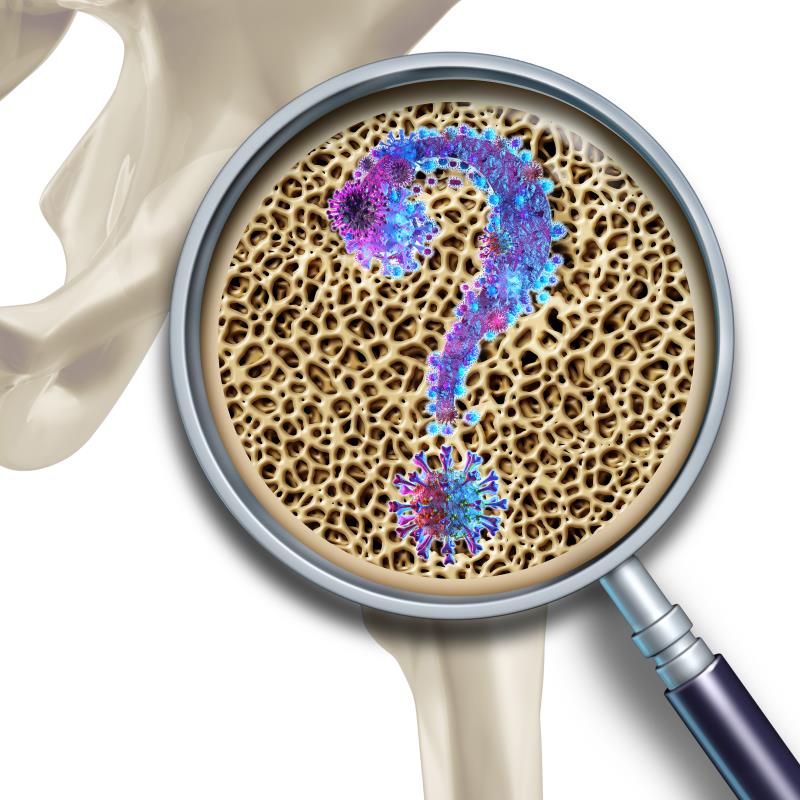 The COVID-19 pandemic has significantly impacted the management of chronic noncommunicable diseases (NCDs) such as osteoporosis, according to an analysis of data from the FRAX®* website.

Launched in 2008, FRAX® is an online tool that can generate 10-year fracture probabilities using easily captured risk factors, with or without femoral neck BMD** measurements. [www.shef.ac.uk/FRAX, accessed January 8, 2021] It has been widely adopted within clinical guidelines and has the benefit of being a global healthcare tool. [Arch Osteoporos 2016;11:25]

“[T]he decrease in global usage started around mid-March, consistent with the pandemic declaration [in March 11, 2020,] progressed during the second half of the month, and remained low throughout the month of April … [This] pattern was not observed over the same period in 2019,” said the researchers.

Regional analysis of 66 countries# revealed variability in FRAX® usage within each region: two-thirds of the territories evaluated showed reductions by at least 50 percent (77 percent [in most European countries], >50 percent [all Latin American countries], 61 percent [US], and 64 percent [New Zealand]). “[T]he impact is large and persisting. [I]t is highly likely that similar patterns are seen across many NCDs,” they said.

Of note was the increase in FRAX® usage in some parts of Asia (ie, Taiwan, Hong Kong, South Korea, China, Vietnam) between February and April. “Asia was the only region in which [increases] occurred … [Nonetheless,] smaller reductions were seen in Asia than elsewhere,” noted the researchers, who called for further exploration to elucidate the discordance in FRAX® usage in this region.

“The drastic reduction in FRAX® usage underscores widespread concern that the COVID-19 pandemic is having a detrimental impact on the medium- to long-term management and outcomes for many NCDs, with serious repercussions for individuals who are not able to access timely testing and treatment, including for osteoporosis,” commented International Osteoporosis Foundation Honorary President Professor John Kanis from the University of Sheffield, UK, in a press release.

“[A]ccess to secondary care-based facilities such as Fracture Liaison Services has also been further [compromised] or inhibited completely during the pandemic,” added Kanis.

Access to osteoporosis treatments requiring direct contact with treating physicians (ie, injectable antiresorptives) has also been limited by the pandemic. [J Bone Miner Res 2018;33:190-198] “[These are] likely to be delayed or missed, raising the risk of further fracture,” noted the researchers.

“[B]y the time this pandemic is over, a major challenge will remain to address and cope with the consequences of a huge backlog of NCDs … [H]ow do we address the increasing backlog of these ‘nonessential’ diseases in the short- and longer-term? We cannot simply ignore the fact that 71 percent of global mortality in 2016 was due to NCDs,” they stressed.

Within the area of osteoporosis, in the absence of BMD, catching up with the backlog may be enhanced by using FRAX®. [Arch Osteoporos 2017;12:43] Despite the higher accuracy offered by BMD measurements, its additional value is modest. [Osteoporos Int 2012;23:907-915] “[Moreover,] FRAX® without BMD has a predictive value for fractures that is comparable to the use of BMD alone,” they said.

“We expect that FRAX®, which can be undertaken remotely via telemedicine and has been shown to have a predictive value for fractures that is comparable to the use of bone density values alone, may be able to play a significant role in addressing this enormous backlog in assessments for osteoporosis,” said Kanis.