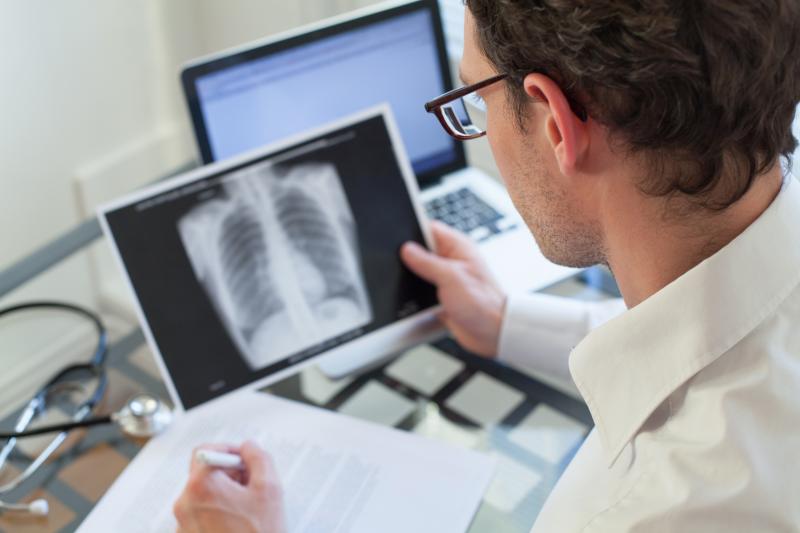 Nonsmall cell lung cancer (NSCLC) patients harbouring sensitive EGFR mutations may fare well with the third-generation tyrosine kinase inhibitor (TKI) osimertinib as an upfront therapy, with the results of a network meta-analysis showing that the drug tops other currently available options in terms of progression-free survival (PFS) and tolerability.

“Currently, first-, second- and third-generation EGFR TKIs are all approved as first-line options. The first-line strategy of combining a TKI with other agents of different mechanisms has been revisited in recent years,” according to the investigators.

In the current network meta-analysis, the investigators ranked approved or investigated front-line treatment options in NSCLC with sensitive EGFR mutations in terms of the following outcomes: PFS, overall survival (OS), objective response rate (ORR) and toxicity. P-scores were used in the ranking, with higher p-scores indicating a greater probability of being the better treatment.

Data were pooled from 17 trials and 4,373 patients, among whom >90 percent had Del19 and L858R mutation tumours. A total of nine treatments were assessed across the trials and formed the network, as follows: chemotherapy, standard of care (SoC; gefitinib or erlotinib), icotinib, afatinib, dacomitinib, osimertinib, concurrent chemotherapy plus SoC (SoC plus chemotherapy), SoC followed by chemotherapy (SoC/chemotherapy), and SoC plus bevacizumab.

The three treatments associated with the highest probability of being the best to induce a response vs SoC were afatinib (p-score, 0.90), SoC plus chemotherapy (p-score, 0.87) and SoC plus bevacizumab (p-score, 0.58).

The investigators acknowledged several limitations in the analysis, including the existence of significant heterogeneity, use of immature follow-up data for OS analysis and the inclusion of several studies that were presented as abstracts.

“Ongoing studies should centre on fully elucidating the resistance mechanisms and developing agents that target these [Del19 and L858R mutations in NSCLC],” they said.