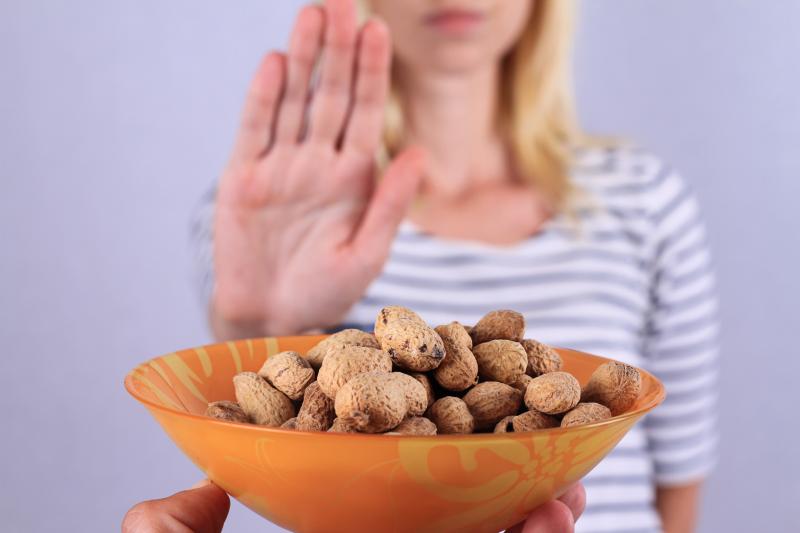 Children and adolescents with severe peanut allergy treated with the peanut-derived oral biologic immunotherapy drug AR101 may improve their tolerance to peanut protein with reduced symptom severity, according to the phase III PALISADE* trial.

“[The] data show that … among participants 4 to 17 years of age, AR101 had immunomodulatory activity, raised the threshold dose of peanut exposure triggering the onset of clinically significant allergic symptoms [among participants having symptoms] during the … exit food challenge, and attenuated the severity of those symptoms when they occurred,” said the researchers.

Participants were 551 individuals aged 4–55 years with peanut allergy (serum peanut-specific IgE ≥0.35 kUA/L and/or mean wheal diameter ≥3 mm larger than control on skin-prick test) from North America and Europe, who, following an allergic reaction during the double-blind, placebo-controlled challenge exposure to ≤100 mg peanut protein, were randomized to receive AR101 in a dose-escalation manner or placebo.

Exposure-adjusted serious or severe AE rates were 5.6 and 1.6 percent of AR101 and placebo recipients, respectively.

Due to the lack of approved treatments for peanut allergy, patients require a “strict elimination diet” and “timely administration of rescue medications” if reactions or accidental exposure occur, said the researchers. “However, despite vigilance, accidental exposures may occur and cause reactions of unpredictable severity, even with small amounts of allergen, leading to a lifelong risk of severe reactions.”

“We’re excited about the potential to help children and adolescents with peanut allergy protect themselves against accidentally eating a food with peanut in it,” he said.

As these results were based on a 6-month maintenance regimen, the long-term safety and efficacy of AR101 needs investigating, the researchers said.

“The major concern regarding immunotherapy is that the allergen tolerance that is induced will be temporary and lost if regular consumption ceases,” said Dr Michael Perkin from the University of London, London, UK, in an editorial. [N Engl J Med 2018;379:2074-2075]