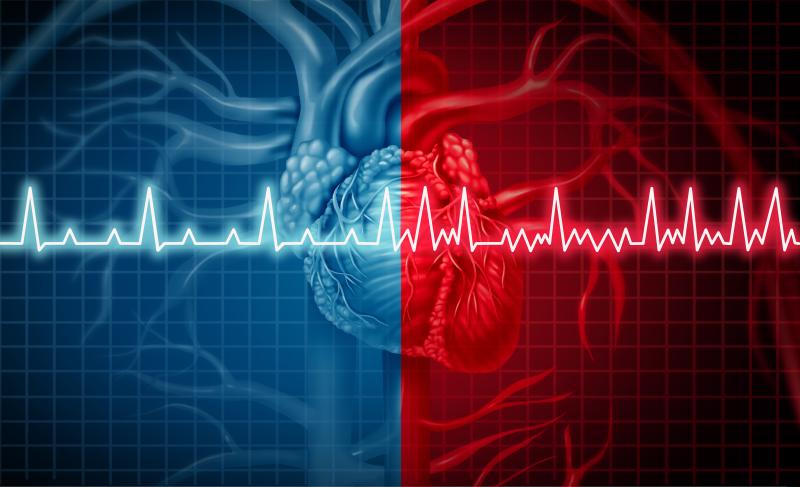 For lowering the incidence of stroke in patients with either atrial fibrillation (AF) or heart failure (HF) with reduced ejection fraction (HFrEF), oral anticoagulation is the way to go, according to the results of a meta-analysis.

The association of oral anticoagulation with ischaemic stroke, haemorrhagic stroke, myocardial infarction, or fatal bleeding has been consistent in the AF and HFrEF populations. However, there have been differences in incidence of clinical events, with markedly higher mortality in HFrEF trials, the investigators noted.

“For many stroke physicians, anticoagulation decision-making for patients with AF is clear, while the decision in patients with HF is more challenging because of inconsistent guideline recommendations,” the investigators said. [J Cardiac Fail 2010;16:e1-e2; Circulation 2013;128:e240-e327]

“Our analysis offers relevant context for the benefit of oral anticoagulation in HFrEF by comparing directly to a population where the benefit is universally accepted and consistently recommended in guidelines. Clinical context (eg, prior ischaemic stroke), and patient preference, should determine selective prescribing of low-dose or treatment-dose regimens of oral anticoagulant therapy in patients with HFrEF,” they added.

Compared with control, oral anticoagulation significantly reduced the risk of all stroke, with this benefit seen for both AF (odds ratio [OR], 0.51, 95 percent confidence interval [CI], 0.42–0.63) and HFrEF (OR, 0.61, 95 percent CI, 0.47–0.79; I2, 12.4 percent; pinteraction=0.31). Furthermore, the effect of oral anticoagulation on cardiovascular events, mortality, or bleeding was similar in the two populations.

“Based on our findings, use of oral anticoagulation would seem reasonable among patient populations who are considered at high risk of cardioembolic stroke, such as those with recent ischaemic stroke or transient ischaemic attack, where HFrEF is implicated as causal,” the investigators pointed out.

The investigators, however, acknowledged that oral anticoagulation was associated with significant increase in major haemorrhage in the HFrEF population. Still, there was no excess risk of fatal haemorrhage in either population. [Heart 2019;105:1325-1334]

“We think that our meta-analysis provides an innovative perspective through including clinical trials from both populations in a single analysis, lending insights that may not be apparent through indirect comparisons of individual meta-analyses. Moreover, it permitted us to explore the effect of methodological differences (eg, outcome measures) between trials of patients with AF and those with HFrEF,” they said.