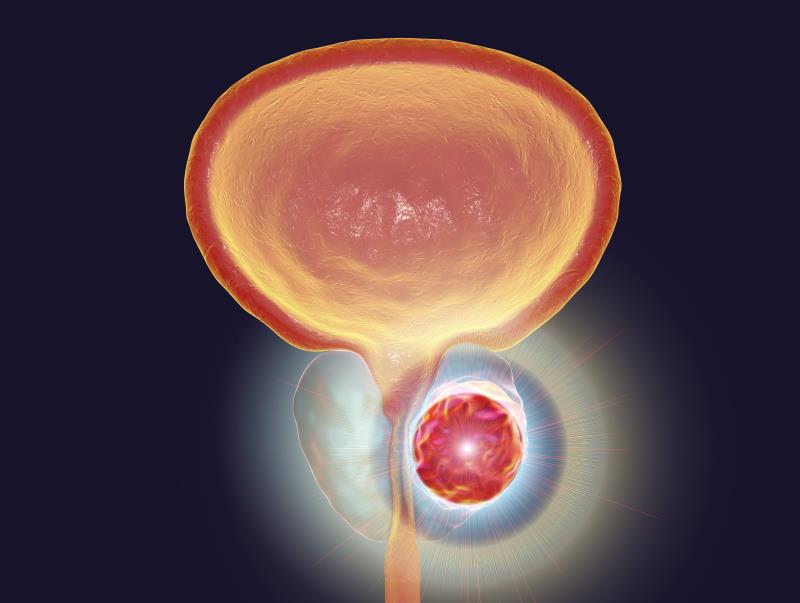 Metastatic hormone-sensitive prostate cancer (mHSPC) refers to the condition whereby patients have metastatic prostate cancer and no prior hormonal therapy or androgen deprivation therapy (ADT). Typically, patients with mHSPC have been treated with ADT alone, following which, the overwhelming majority develop castration resistance over time and head towards eventual mortality. In recent years, the publication of various landmark trials has prompted dramatic changes in the mHSPC treatment landscape, and had favourably impacted overall survival (OS) in these patients. At a recent webinar, A/Prof Darren Poon, Honorary Consultant in Clinical Oncology, Hong Kong Sanatorium & Hospital, and Honorary Clinical Associate Professor, Department of Clinical Oncology, The Chinese University of Hong Kong, reviewed treatment options in mHSPC, while A/Prof Edmund Chiong, Head and Senior Consultant, Department of Urology, National University Hospital, Singapore, presented a case which was discussed by an esteemed panel of experts. This webinar was jointly organized by the Singapore Society of Oncology and the Singapore Urological Association, and supported by Astellas.

The evolution of management of mHSPC
Previously, ADT has been the mainstay of therapy for locally advanced and metastatic prostate cancer, including mHSPC. While the majority of patients respond to ADT, nearly all will eventually become castration resistant. [Lancet Oncol 2013;14:149-158]

“However, ADT alone should no longer be the standard of care for mHSPC,” stressed Poon. Data from the control arm of the STAMPEDE trial showed that patients with mHSPC on ADT alone had a median OS of approximately 3.5 years, and disease progression occurred after about 11 months of ADT treatment. [Eur Urol 2015;67:1028-1038] The disappointing survival rates were despite active treatments being available at the first failure of ADT.

“Prostate cancer is heterogenous in nature. Some tumour cells are responsive to ADT, but others are not,” explained Poon. “If ADT alone is given, ADT-independent clones can progress quickly, causing a transition from mHSPC to metastatic castration-resistant prostate cancer (mCRPC). If other therapies are added, these can target the ADT-independent clones and delay the development of castration resistance, thus prolonging the survival of patients with metastatic prostate cancer. That is the rationale for using ADT in combination with other therapies.”

ADT with androgen-receptor (AR) inhibitor
The ARCHES study is a multinational, double-blind, phase III trial, which randomized 1,150 men with mHSPC to receive either the AR inhibitor enzalutamide or placebo, plus ADT, stratified by disease volume and prior docetaxel chemotherapy. The primary endpoint was radiographic progression-free survival (rPFS). Results showed that the risk of radiographic disease progression or death was significantly reduced by 61 percent in the enzalutamide arm (HR, 0.39, 95 percent CI, 0.30–0.50; p<0.001; median rPFS was not reached with enzalutamide plus ADT vs 19.0 months with placebo plus ADT) (Figure 1). [J Clin Oncol 2019;37:2974-2986] 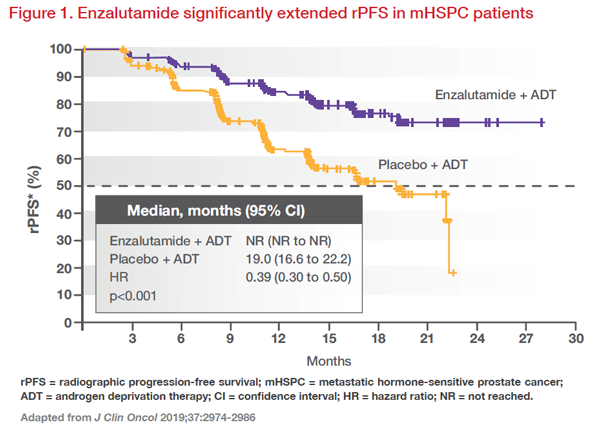 “These benefits in rPFS were consistent irrespective of the volume of disease, prior docetaxel therapy, or risk status (low or high risk mHSPC),” said Poon. “Though OS data were not mature at the time of the interim analysis, there was a trend favouring the enzalutamide arm. In addition, enzalutamide plus ADT significantly lengthened the time to first symptomatic skeletal event and castration resistance.” [J Clin Oncol 2019;37:2974-2986] 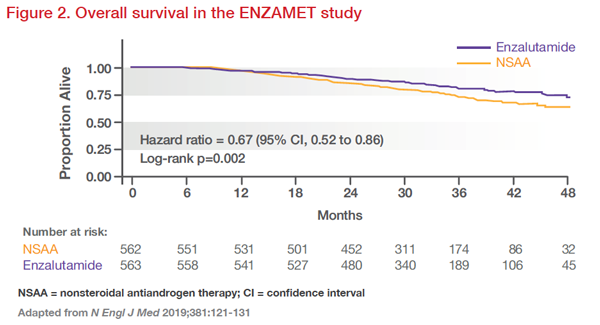 He was started on luteinizing hormone-releasing hormone (LHRH) antagonist loading dose and monthly maintenance dose, and referred for radiation therapy on the right hip. The orthopaedic specialist cleared him for lightweight bearing exercise, and he was given calcium and vitamin D supplements.

At 1 month, his PSA dropped to 1.2 µg/L and testosterone was <0.35 nmol/L (<20 ng/dL). He was given SC denosumab 60 mg 6 monthly for osteopenia (on bone mineral density scan). His pain significantly improved, and he did not require analgesia. 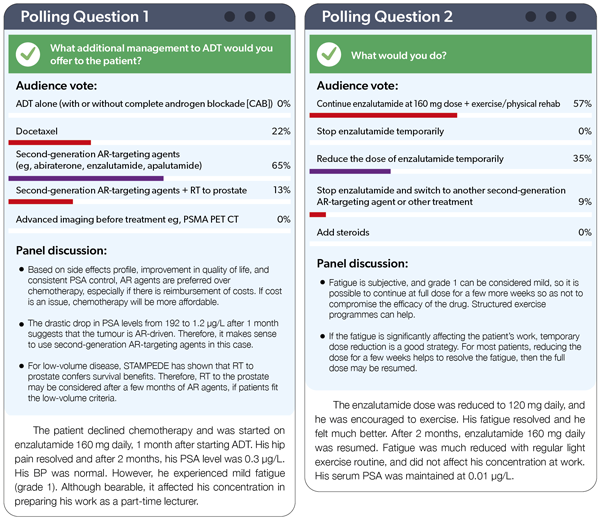