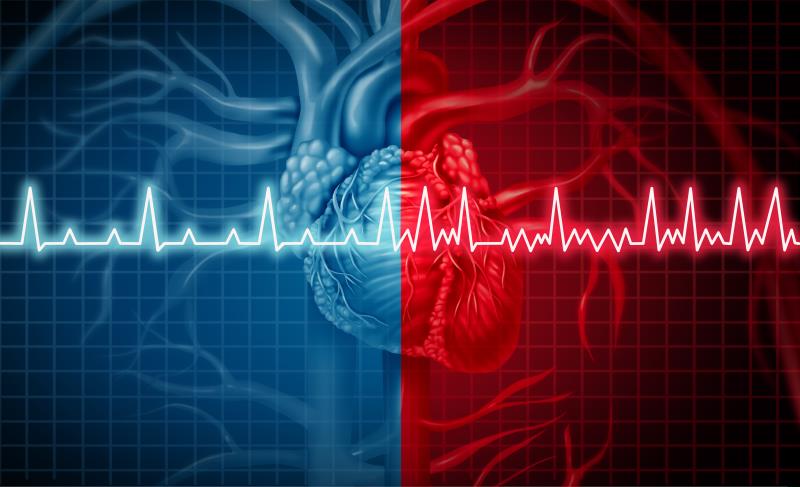 Geriatric patients with atrial fibrillation (AF) are at increased risk of blood clots that can lodge in the brain and cause fatal strokes. At a recent webinar, Professor Olivier Hanon, Head of Geriatrics Department in Broca Hospital, Paris, France, shared insights on how to optimally protect geriatric patients with AF, with a special focus on direct oral anticoagulants (DOACs), particularly rivaroxaban, for stroke prevention in AF.

Current evidence supports the use of DOACs in very old patients with AF who are at risk for stroke. In a study of AF patients aged >85 years, stroke risk was higher (6 percent) among non-DOAC recipients than major bleeding risk (4 percent) in those treated with DOACs. [Int J Cardiol 2018;265:118-124] “This means stroke risk without DOACs is higher than the major bleeding risk with DOACs. [Managing] stroke is more important because stroke is tied to complications such as death or disability, while major bleeding is not frequently associated with death,” Hanon pointed out.

Elderly patients had higher rates of stroke and major bleeding than younger patients in the ROCKET AF* trial, yet the benefit of rivaroxaban over warfarin did not differ with age. The relative risks of stroke/systemic embolism (SE) and major bleeding were similar between rivaroxaban recipients regardless of patients’ age (≥75 or <75 years; HR, 0.80 vs 0.95; pinteraction=0.31 [for stroke/SE] and HR, 1.11 vs 0.96; pinteraction=0.34 [for major bleeding]), suggesting that age did not influence the efficacy and safety of rivaroxaban. [Circulation 2014;130:138-146]

Still, data on very old patients remain scarce. Hence, Hanon and team evaluated patients aged >80 years (23 percent were ≥90 years; n=1,903) with AF, who were initiated on rivaroxaban or VKA in the SAFIR AC** study. Major bleeding risk was lower with rivaroxaban than VKA after multivariate adjustment (HR, 0.66) and in the propensity score-matched sample (HR 0.53; Figure 1). This was largely driven by the lower ICH risk. [Heart 2021;107:1376-1382]

The main differences between rivaroxaban and VKA were the safety endpoints of major bleeding and ICH, with aHRs of 0.53 (p<0.01) and 0.26 (p<0.05), respectively, in favour of rivaroxaban [Figure 1]. “SAFIR AC was the first specific prospective study [of AF] in a geriatric population,” said Hanon. “For the first time, there was a very large reduction in ICH in a geriatric population.” 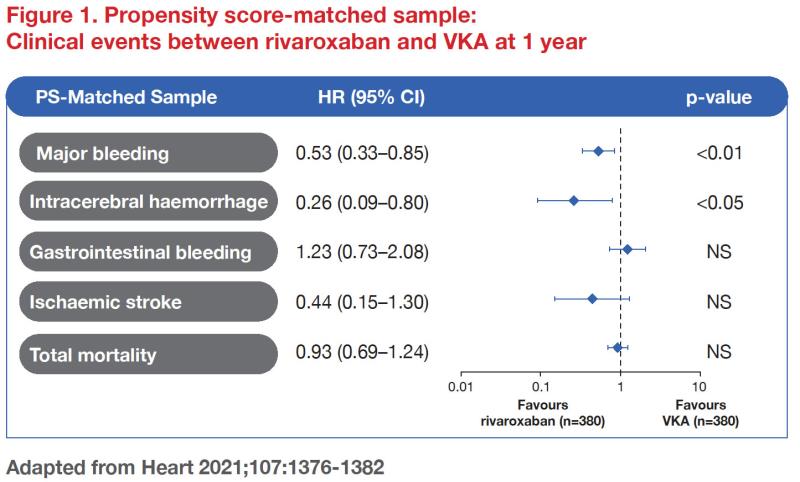 Geriatric AF patients are at an increased risk for renal dysfunction due to ageing kidneys or chronic damage, thus it is important to have a careful renal assessment prior to selecting a suitable OAC for these patients, according to Hanon.

“In France, we use the 5C rule to evaluate frailty in the elderly [and] when prescribing DOACs,” he offered. These Cs refer to cognition, co-medications, creatinine clearance (CrCl) calculated using the Cockcroft formula, chutes (ie, a French term corresponding to ‘falls’), and cachexia. Regarding CrCl, the 5C rule recommends against the use of DOACs when CrCl is <30 mL/min. [Arch Cardiovasc Dis 2013;106:303-323] “If there is a need to use rivaroxaban in patients with CrCl 15–30 mL/min, we need to assess the risk-benefit ratio. [Our 5C rule recommends] monitoring renal function every 3 months, or in cases of acute episodes.” 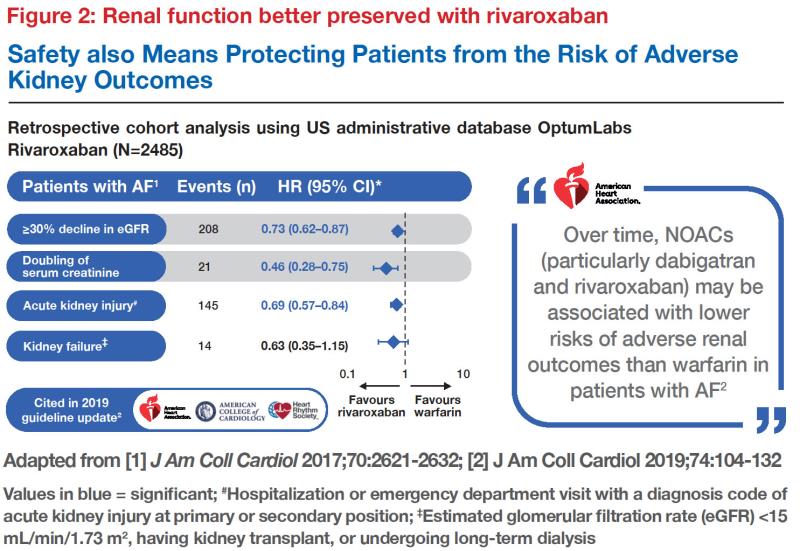 Hanon shared that in SAFIR AC, 68 percent of rivaroxaban recipients had the correct dose, 25 percent were underdosed (15 instead of 20 mg), while 7 percent were overdosed (20 instead of 15 mg). The risk of major bleeding was higher among overdosed vs correctly dosed or underdosed patients (p=0.004). However, he emphasized that there is “no interest to underdose” as this could increase stroke risk. “We need to use the right DOAC dose in geriatric population,” he added.

“Importantly, dose adjustments are not only based on older age,” Hanon cautioned. “Additionally, the criteria for dose selection are not the same across all DOACs. For rivaroxaban, the main reason for dose reduction is renal dysfunction.” [Eur Heart J 2021;42:373-498]

Continued DOAC use may be feasible for minor interventions, while more invasive procedures require an interruption. “DOACs should be stopped the night before a surgery and in the morning of the procedure,” said Hanon.

Rivaroxaban may be used preoperatively for high-bleeding risk# procedures if eGFR is ≥30 mL/min. For postoperative management, low-molecular-weight heparin is recommended. DOACs may be used 24–72 hours thereafter depending on haemostasis.

For procedures with low bleeding risk#, DOACs may be resumed 6 hours postoperatively. Bridging anticoagulation is not required for both low- and high-bleeding risk procedures, he added.

Rivaroxaban, dosed once daily for AF, supports optimal stroke prevention in very old and frail patients, with the added benefit of less major bleeds. Apart from these, choosing a DOAC that has good evidence of preventing renal function decline is of equal importance when managing geriatric AF patients.